Manifest Fascism of The Left, Democrats And Globalists

Now that the people of the United States of America have spoken, the left finally reveals itself as the fascists and totalitarians they always were. Fascist is who they are! It’s easy to appear nice when you have full control of the lamestream media; both political parties; local, state and federal government and the US Congress. Elections have been rigged for over a century and the fact that this is now being exposed and investigated is cause for much consternation by those rigging elections.

The globalist central bankers and cabal must have fraud as a campaign strategy for both democrats and republican establishment for without fraud it is highly unlikely that a majority of Americans would willingly elect them to power. The strategy is to have globalists for both presidential candidates. Typically “globalist heavy” are democrats that run against “globalist light” republicans. That reality kept many Americans at home during election time for they saw folly separating the two.

Prior to Donald Trump the last real distinction in candidates was with Ronald Reagan. A near assassination of Reagan derailed the movement until Donald Trump. The reality of the globalist ideology that came full-force with the orchestrated financial meltdown of 2008 put the strategic initiative of new world order into hyper-drive with the election of the non-American born globalist and fascist Barack Obama who hates America. 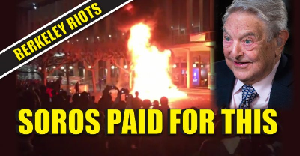 Fascism is run amuck and these riots and violence against people and property are from the one world order globalists who are paying their henchmen serious money to riot; cause mayhem and havoc. These are not the $15 an hour snowflake and buttercup mob who may mimic the violence but are generally there for appearance and to deceive a fake grassroots movement. These dictatorial masters cannot tolerate power by anyone but themselves, especially now during the end-game.

The Republocrats, the blend of globalist and leftists who gleefully take their marching orders from the same masters who rule over the democrats distinguish themselves only by how big government, big budgets and big deficits are to be managed. Both adhere to the fiat debt currency and both yield themselves to the ruling powers manifest with the central bankers, the Federal Reserve or Fed here in America.

The career of President Donald Trump demonstrates he always identified with the establishment as a businessman and DC insider but due to his maverick billionaire status and lifelong patriot, the risk of having him fall in line during this end-game globalist strategy was too great a risk. Could he be nudged from his patriotism, his nationalist orientation that he strongly campaigned on with his Make America Great Again slogan? Was this a slogan only to get elected or is it his philosophical mandate to be implemented upon election?

Regardless, the globalist masters could not take the chance and engaged in full frontal and flank assaults to oppose, defeat and destroy President Donald J Trump. The globalist plight became Hillary Clinton at any cost or war. The all-out assault on Donald Trump and nationalism was underway to prevent him from assuming the presidency. They failed and whatever chance may have existed to coerce went by the wayside. The assault upon President Trump entrenched him in the nationalist movement and his commitment for the downfall of globalism.

Since the Inauguration we see fascism manifest and it will intensify with time. Time is an enemy for the globalists so their strategy is to prevent the dismantling of the globalist infrastructure and system erected over the years and to prevent the restoration of what they destroyed in its wake. If the first two weeks are any indication of the future, they will fail miserably at stopping or derailing this movement.

The plan was to have WW3 with Russia; collapse the economy and currency; and to emerge with a world currency and globalist North American nation without borders and without any hope of restoring nationalism. Civil War is in play to eradicate patriotic Americans willing to fight for liberty.  They must be eliminated for there cannot remain any meaningful remnant that is considered a threat to establishing the new world order from emerging. 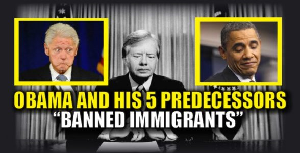 The importation of violence through legal and illegal immigration is a linchpin for success and why only a few rioters must appear as representing the many. The misperception that Trump and America is the minority view must be reinforced by lamestream media fake news and skewered caricature of reality. A Rasmussen poll reports ¾ of Americans are in favor of pulling back on the invasion of America by hostile immigrants.  I guess the fact that all presidents since Jimmy Carter initiated stops to immigration does not matter? This rising up of American patriotism and restoration began in 2009 and has manifest with the election of Donald Trump, the perceived outsider who would accomplish what republican majorities refused to do.

The movement is real and so are the victories. Half the American sleeping giant is awake from its political coma and has emerged to say no to globalism. America is no longer fooled by the propaganda of the corporate media. America is Risen!

Riot Police Ordered to Stand Down