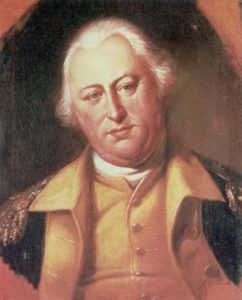 During the first American Revolutionary War against tyrannical Great Britain, Benjamin Edes was a journalist, political agitator and publisher of the Boston Gazette, a leading voice for independence and the primary mouthpiece for Samuel Adams and others in their struggle against British despotism.

Benjamin Edes provided the platform to oppose British efforts to deny Americans their rights and played an essential role in the dissemination of the growing attitude of liberty and independence in opposition to British oppressiveness. He also was a prominent member of ‘The Sons of Liberty’ a secret society of American Patriots.

Now in this Second American Revolution Ben Edes is once again becoming a prominent figure in countering the first American coup d’état in United States history. The enemy this time is not ‘one tyrant 3,000 mile away but 3,000 tyrants one mile away’ as uttered by the Mel Gibson character Benjamin Martin in his movie, The Patriot.

The enemies of America today are those embedded in the government bureaucracy, major corporations, media, medicine, technology and central banks overwrought with corruption, greed and lawlessness. The once free press became a propaganda tool of these tyrants as is oppressive technology and abusive medicine in drugging American citizens and children into servitude. Ben Edes is once again is answering the Patriot’s call. The United States is the last bastion of liberty on Earth and failure to put down this coup is not an option. Long live the Republic!