NewsHawk Network (NHN) was founded in 2016 as a direct result of the failure in the traditional corporate news media, often referred to as the Mainstream Media (MSM) to retain journalistic integrity; unbiased, accurate and truthful reporting. Expressing opinion is a hallmark of freedom and perfectly acceptable as long as full disclosure is provided so as to distinguish between opinion and fact. The blurring of that line occurred long ago when the MSM morphed into the LameStream Media (LSM) by only reporting what they deemed to be consistent with their agenda. During the coverage of the 2016 Presidential race it became overtly obvious that there was not merely a bias present in the reporting of news but in the conduct and metrics of polling specifically designed to manipulate and mislead. Hostile treatment and attacks on individual candidates not of their preferred party are daily events as is their overt conduct at hosting debates where deceitful and criminal activity of feeding questions to their preferred candidate in advance of the debate and collusion with a political party came to light. Media engaged in character assassinations upon those they sought to not merely defeat but to destroy as a warning to those who might consider running against their party, nay, their candidate of choice. There was no restraint in whom they would smear and would frequently create fabricated stories to achieve their end. Such vitriol is far beyond pale of acceptability, decency and fairness. How no criminal charges were brought against persons and organizations engaged in such subversive activities is evidence of the depth of corruption and collusion with government. Such miscarriages of justice caused irreparable damage and brings shame by the abysmal deterioration and corruption of the American way of life. There is a complete loss of trust by most Americans in their institutions charged with preserving and upholding the public trust. These institutions are forever tarnished. 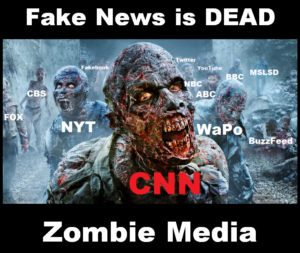 The infestation of media corruption in the news and information sectors are manifest in print media: magazines, newspapers, and journals in addition to television and cable networks appears devoid of repentance and reparation. We believe it was January 11, 2017 that sealed their fate forever. It was on this day that all major media outlets engaged in treason by aggressively and unilaterally supporting and defending the hostile and violent political coup d’etat to overturn a duly elected candidate from assuming the office of President of the United States of America. From my perspective, that act produced the official death certificate and and forever drove the final nail into the coffin of the LSM, education institutions and government. It was the very next day that the NewsHawk Network came into being.

This is American Revolution II, when the infestation of anti-American forces within nearly took full control over all aspects of our American culture. Most of us were like the proverbial frog in the pot of water that gradually became hotter and hotter until it boiled us to death. Had it not been for Divine Providence issuing us a temporary reprieve from the near boiling point, the United State of America would be the name on the tombstone illustration above. The overt conduct of the media and federal government woke-up even the non-political from their information coma. A paradigm shift is happening in America, the United Kingdom and with many sovereign states that yearn for freedom and strive to break the totalitarian yoke of tyranny and oppressive governments, institutions and disinformation media worldwide. It began with Brexit and who knows just how many this World Revolution will attract. The free world is rising to repudiate the evils of globalism and their near takeover of the free world. Free people are rising and making their stance against globalist evil. For Freedom to reign the bells of free speech must ring aloud throughout the land. This is our struggle and we will not go down without a fight.