Those four words are making the deep state, democrats and GOPe become unglued. The deep state has RINO Republicans with much to fear rally around the globalist flag to prevent President Trump from rightly firing Robert Mueller. Politico is reporting that Lindsey Graham (R-SC) and Susan Collins (R-ME) are vehemently opposed to a Mueller firing. Of course they are.

Politico, who is corporate purveyor of fake news along with the usual suspects quotes Collins as saying, “firing Mueller would certainly be an extraordinarily unwise move” and Graham, chirps in with, “It would be a disaster. There’s no reason to fire Mueller. What’s he done to be fired?”

Well, Senator Graham, I’m glad you asked that question for I can offer you several reasons that you and RINO Collins already know. Once the drums for Mueller’s head beat louder we’re sure to hear from leftist John McCain (R-AZ) also. 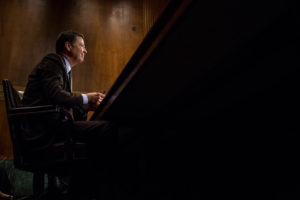 James Comey admitted under oath that he leaked information expecting that the leak would trigger the appointment of a special counsel, which it did. This is manipulation by Comey and for that reason alone the special counsel must be dissolved. But there are more reasons if you want or need more.

The rules for appointing a special prosecutor expressly forbid appointing a person with whom a personal relationship exists with targets or potential targets of an investigation. He and James Comey are very good friends and Mueller mentored Comey when he was FBI Director. Another good reason to remove Mueller as special counsel.

James Comey admitted under oath that President Trump was never the subject of the investigation into Russian collusion. That collusion was a major factor for a special counsel. Comey’s silence was consent and another indicator of manipulation. It is probable that Comey was orchestrating leaks to keep the ‘illusion of collusion’ alive in the propaganda media.

Robert Mueller himself has direct ties to Russia, Hillary Clinton and the Clinton Foundation by participating in the pay-to-play scheme to sell Uranium to Russia. Mueller personally delivered stolen Uranium to Moscow and exchanged it on the tarmac with Russian operatives. It is illegal for someone with illicit dealings with Russia to investigate alleged collusion with Russia.

Robert Mueller hired an attorney for the Clinton Foundation, Jeannie Rhee whose job it was to deny all requests for disclosures under the freedom of information act to serve on his team as well as top Clinton donors and never Trump activists. Yet another conflict of interest and possible cover-up implicating Mueller and Clinton with Russia.

Robert Mueller was FBI Director and bad actor when the Obama regime spied with impunity and unmasked 20 Million American citizens. This was the US Intelligence Community including FBI who participated in this massive spying, not Russia.

The FBI under Mueller colluded with Obama’s IRS/DOJ to try to jail Obama’s political opponents. He was director of a weaponized agency used against Americans deemed as ‘political’ enemies of Obama.

Hey Lindsey, do you need more? There is more you know. I could bring up Coleen Rowley’s memo to FBI Director Robert Mueller; his dubious manner of dealing with the George Bush administration concerning the 911 attacks and the subsequent spying activities on Americans. 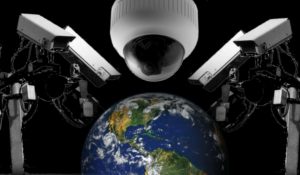 As time went on the spying activities continued to proliferate culminating in unimaginable abuse under Barack Hussein Obama in which Mueller was complicit bad actor who oversaw the massive expansion of the bureau’s domestic surveillance.

The long and short of this ‘investigation’ is it is utter nonsense but mandated by the deep state democrats to go on and on ad infinitum. They have no agenda other that transforming the United States into a global community rather than a sovereign nation.

President Trump’s agenda will set back the globalist delusions of grandeur to square one. More so than that there is extensive criminal activity that must continue to be covered-up and not having a deep state globalist to oversee all departments and the White House is a grave risk of the highest magnitude.

The spying, unmasking, child-sex trafficking, pedophilia, murders, extortion, maiming and satanic blood rituals all have the potential of reaching the highest levels of power and control internationally as well as domestically. Any of these things alone could mean long prison terms that in effect are life sentences for those convicted of these horrific crimes.

Needless to say it’s all hands on deck in a death struggle to see these things never see the light of day. Light is a great antiseptic but as far as the ‘swamp’ is concerned it means death. Justice demands that the elite who have lived their lives above the law must now face the consequences and full strength of the law.

All branches of government are steeped in corruption and crime. The new sheriff who rode into DC will expose this criminal syndicate we call the US government and the opposition is beyond fierce. When we start to unearth the façade, who knew the decay would be this extensive. Nonetheless, we DRAIN THE SWAMP and start anew.

It we support President Trump is his efforts; we buy another century of liberty. To do it not we will witness the decline and fall of the American dream conceived in 1776. Our children deserve a fair and free society where their future may yet be brighter than our present one.

Article: President Trump Should Fire Robert Mueller Who Has A History Of Corruption And Illicit Activities