Hey New Media, make sure you do not get sucked into buying the fake news concerning the Trump administration. When you continue to warn President Donald Trump to stop singing his new globalism song make sure you’re not in the chorus.

The forces that brought down General Michael Flynn now have their target on Steve Bannon and his allies in the Trump administration. You’re prepared to defend against a frontal assault but how skilled are you at identifying stealth and misdirection attacks? How is Jared Kushner being portrayed by the LameStream Fake News media? So it comes down to this, is Kushner friend or foe for the cause? 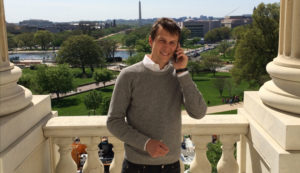 After his father’s arrest for tax evasion, illegal campaign donations and witness tampering in 2004, Chris Christie was a federal prosecutor assigned to the case. After his dad was sent to prison Jared Kushner took over the family real estate business in 2008. He is a loyal son and a private genteel person not having a social media profile in his name. He and Ivanka share their loyalty for each other, devotion to family and his faith with Ivanka converting to Judaism before they married in 2009. Love, family and friendships are important to both Jared and Ivanka.

Politically Jared’s father was a democrat and supported the Clintons and RINO Rudy Giuliani.  Jared along with Ivanka was instrumental in managing the social media aspect of the Trump campaign and suggested campaign manager Corey Lewandowski be replaced with Paul Manafort after the scandals. Lewandowski later joined CNN as a political commentator. Hardly a move a conservative or libertarian would make.

Jared Kushner is also credited with recommending Reince Priebus as Chief of Staff; the removal of Chris Christie as a VP running mate for Mike Pence; and the demotion of Christie from leading the transition team along with Christie loyalist Mike Rogers.

Kushner’s recommendations against Chris Christie are said to be less motivated by politics and more for his involvement in prosecuting his father Charles while serving as a federal prosecutor in New Jersey. Christie is GOPe and RINO just like many members of the Trump team with the exception of Steve Bannon and Mike Flynn.

To find out who the real Jared Kushner is one must sort through the fake news media ‘hit pieces’ for there are facts and then there are fact distortions when applying motives driving them. The Mike Cernovich video is one the rare news pieces seeking the facts without distortion.

The media ‘hit pieces’ love to make hay about Jared Kushner’s inexperience and his ‘explosive’ relationship with Steve Bannon. These are indirect shots at Steve Bannon who as a Libertarian does indeed stand as a barrier to the growing globalist influence on the Trump advisory team, especially the White House NSC: National Security Council. 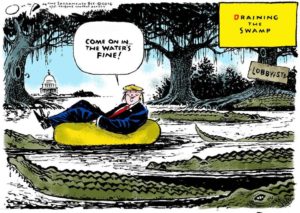 Without question there was a dramatic about face with Donald Trump’s campaign promises to oppose the globalist agenda when on January 29, 2017, President Donald Trump restructured the Principals Committee (a subset of the full National Security Council), giving Steve Bannon a seat at the table. This restructure altered the attendance of the Obama appointee globalist General Dunford, Chairman of the Joint Chiefs of Staff and the DNI: Director of National Intelligence Daniel Coats.

This move was sound and consistent with President Trump’s campaign promises. However, on April 5, 2017, President Trump removed Steve Bannon from the Security Council, a move creating much consternation with the Trump base of support including that of this author. Something very significant occurred to create this disastrous turn-around … but what? in the Trump administration, Jared Kushner becomes more enhanced, sort of.

Jared Kushner’s role in the Trump administration is one thing but his role in the National Security Council is determined by NSC Adviser HR McMaster. It matters less to McMaster the political ideological bent of Kushner because McMaster has his own idea of who he wants serving on the council and neither Kushner or Bannon has favor with McMaster.

Bannon without question is in the immediate cross-hairs of McMaster for Bannon is in diametric opposition to the globalism agenda. As one looks at the composition of the bulk of the NSC we see that the chain of command remains as Joe Dunford as the head of the globalist regime not only for the United States of America but perhaps for the English speaking world. Under Dunford comes his loyal globalist henchman David Petraeus as it relates to the NSC and the fact that McMaster is subservient to former CIA head and deep state operative David Petraeus.

One thing you can take to the bank is Barack Hussein Obama does not appoint anyone in the deep state, especially those from the military who is not a ‘die on your sword’ loyalist to him and the globalist agenda. B Hussein appointed Dunford and Patraeus to vital positions in his regime but it’s worse than that. Obama fired the lion’s share of deep state Generals who opposed him and the globalist agenda. Under normal circumstances I’d say President Trump must do the same thing relative to his agenda, but these are not normal times and the new Trump agenda is highly suspect. 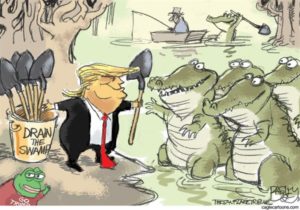 Is President Trump’s refusal to terminate the globalist deep state personnel because he does not want to disrupt continuity and ‘give people a chance’ as he stated on several occasions; or is it they are the people he wants to remain because his dramatic and sudden about face and abandonment of the nationalist agenda for foreign policy? We are not seeing anywhere near the massive leaks we saw when he was marching forward to implement his nationalist agenda.

Crediting or blaming Jared Kushner for pushing Steve Bannon out of the NSC is simply fake news no matter which way you turn. The fake news media needs a scapegoat as cover for HR McMaster. As far as the lamestream is concerned who cares about Jared? Even if he is ideologically in sync with them so what? Jared Kushner is the new whipping boy for the LameStream Fake News Media and by going after him they are indirectly going after Bannon for one rarely can speak of Kushner and not Bannon.

It also appears that Joe Dunford is playing along by working with and developing Kushner when they took their Iraq trip. President Trump is fixed in his administration now and as long as he continues to stay on board with the globalist plan he’ll likely be a two-term president. Molding Kushner is a small concession by Dunford for President Trump assenting to implement the globalist military agenda.

While Mike Cernovich believes Donald Trump was coopted with money I think it goes well beyond that. How much can you entice a billionaire with money? How history sees the Trump agenda played out may have more to do with the abandonment of the America First foreign policy agenda. Who really knows at this juncture? Perhaps he cut a deal with the cabal and central bankers on an economic scenario that has the US faring much better than the rest of the world. This is pure speculation on my part and this will have to do until we discover additional facts to explain the hard-left turn by Trump.

Article: Who is Jared Kushner?