There are four major scandals that are shaking America to the core. Three have been revealed and denied by state and federal officials with the lamestream media scoffing and seething at the very mentioning of them for they too are implicated and party to the scandals.

Enough already with the mantra Americans cannot handle the truth for it will shake their confidence and trust in the institutions they represent. What a lame excuse to continue with the criminal activities corrupting America. Americans have an inner drive for justice and such a statement presumes us to be a weak kneed glob of gushing goo.

While it’s true that many are that thanks to the indoctrination centers we once called schools, colleges and universities; the truth is the snowflake and buttercup mobs still represent a clear minority of the American population and culture.

While all these directly involve Obama and his regime because their utter lawlessness and disregard of our Constitution as the supreme law of the land, they all predate Obama. These are being hung upon his neck for his criminal abuse was so prominent as to dwarf his predecessors’ abuse of the same.

Pedophilia and Child Sex Trafficking: This more than any other is the vilest and most despicable for it is intimately connected with satanic blood rituals and robs children of their innocence, childhood, their future and often their very lives. It reaches down into every community and institution we hold near and dear and up to the seats of power in government and industry here and abroad.

It often goes by the name ‘pizzagate’ and ‘pedogate’ though I loathe adding the word ‘gate’ to represent scandals. Nonetheless semantics takes a back seat to the reprehensible criminal acts that betray our children. There is not one institution unscathed nor one family untouched. Perhaps this factors in to why investigations move so slowly with scarcely the results to reflect its propensity.

The facts are pedophilia and child sex trafficking rings are anchored in DC and involve elected and unelected government officials, lawyers, judges, lobbyist, and media internationally. The scope is mind-boggling and the fact it is so vehemently opposed bring to light a modified Shakespearian paraphrase, ‘Methinks the media doth protest too much.’ Even the Whitehouse entertained ‘pizza’ parties and ‘hotdogs’ imported from Chicago? You cipher the code.

Government Spying on American Citizens: The stories that broke the dam involve two top Obama regime officials Susan Rice and Dr. Evelyn Farkas. Emerging evidence is going to put away no less than 200 government officials for their direct involvement in the unmasking of American citizens in legal surveillance and most probably with outright ‘warrantless’ spying on Americans for political reasons.

It is not a stretch when one considers the Obama regime went after ordinary citizens starting conservative groups and organizations designed to advance conservative causes or even non-partisan activities like voter registration drives and voter education activities. 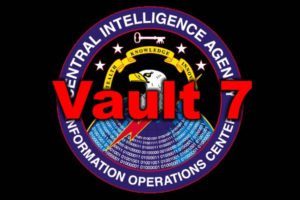 The spying scandal exposed the false narrative of Russian collusion with the Donald Trump campaign and transition team. This was highly volatile in that the actions of Obama himself were designed to instigate WW3 with Russia. Obama instigated troop movement on the Russian border and removed 35 Russian diplomats out of the United States. This is often seen as a prelude to war.

Those acts of Obama were indeed done to justify war more and to discredit the Donald Trump presidency. This was written about in several NHN articles where the globalist agenda is to create economic calamity, currency collapses with America and other Western powers and start WW3 with Russia and part of a globalism scheme to usher in a new world order and restructure nations and territories.

The warrantless spying on Americans creates a Constitutional crisis that sends chills up the spines of ordinary citizens. Domestic and International spying activities increased dramatically in 2007 and exponentially under Obama since 2012.

Who can forget the exposure of domestic and foreign spying debacle created by Edward Snowden’s pilfering of sensitive National Security Agency data? We know Obama spied on journalists James Rosen and Sean Hannity of Fox News purely for political motives. I’m certain this is nowhere near the extent of abusive spying activity that will be exposed once the new investigations conclude.

Widespread Election and Voter Fraud: The first rule of government ‘economic speak’ I call ‘Factor 10’ which means government lies by a factor of 10. If the say something costs $1Billion it will ultimately cost $10Billion. If they claim revenue projections of $10Billion it will be $1Billion. This is especially true when speaking about voter and election fraud.

Federal and state officials generally deny the existence of election fraud which means its existence surpasses factor 10 into infinity. Nobody wants to admit voter and election fraud because it is so widespread. It typically is in the 2% range in general elections but under Obama it too like spying increased exponentially to around 5%.

Obama cheated Hillary in the 2008 primary election to gain the nomination and in 2016 the Hillary Clinton campaign and DNC stole the nomination from Bernie Sanders and brought it up to obscene levels in the general election. Had it not been for the overwhelming numbers by Donald Trump he may very well have lost the general election. There is no way Hillary Clinton honestly won the popular vote.

NHN did an article with extensive data support so that article may be referenced to support the following numbers. There are 1.8 million dead people listed as active voters; 2.75 million people have voter registrations in multiple states; 12 million faulty voter registrations with the most common being an obsolete address; 12.5% of all voter registrations are fraudulent.

DNC, Democrats, Deep State and Media Operate as a Criminal Enterprise: The scandals of the Obama regime are many and include fast and furious gun smuggling to Mexican cartels and drug lords; taxpayer theft via $Billions in unaccounted for TARP funds that have vanished; $Billions missing from the Dept. of State under Hillary Clinton; harassing conservative groups via the IRS; the Benghazi bungle that falsified events responsible for the murder of an Ambassador and Americans protecting the embassy; Congressional perjury under oath by top officials including Eric Holder; Kathleen Sebelius extorting money through HHS; media collusion with democrats during the 2016 election and the list goes on and on and on.

When we look at an overview of all these scandals and many others not included in the short article a pattern develops. We see a coordinated and strategic scheme to deceive Americans by democrat operatives and the corporate controlled media to advance their agenda and power in controlling America and the opinions of Americans.

There are many others acts that can be listed here but are all really necessary? I think the point is made. This government is stolen by unelected people and judges that are corrupting this nation and overthrowing the republic. Such acts are sedition and must be prosecuted under the full strength and power of the law.