Rice Ordered ‘Unmasking” of US Citizens on Intelligence Reports 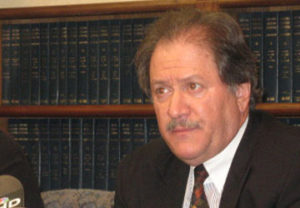 The information diGenova reported to DCNFIG was independently corroborated by separate and multiple sources provided to Fox News and Bloomberg News according to The Drudge Report. The phone calls of then US Citizen Donald Trump and associates were completely legal and go back to 2015 as part of a “highly organized” White House spying operation conducted by the Obama regime.

The illegal spying and unmasking by the Obama White House along with earlier revelations by Dr Evelyn Farkas on MSNBC, the record of which has been scrubbed by YouTube; Congressional testimony in Russian hacking investigations appear to indicate a depth of illegal spying activity on US citizens at levels never experienced in US history. This makes Watergate seem like child’s play by comparison.

Most LameStream media are not reporting on these revelations on the Susan Rice bombshell. Where are the New York Times and Washington Post reporting? Outfits like ABC, NBC, CBS and others go so far as to cover-up the spying revelations by our government on private US citizens. When looked at collectively can someone offer a compelling reason why the Obama regime, the DNC, democrat party and specific media outlets should not be prosecuted under RICO?

RICO is the acronym for the Racketeer Influenced and Corrupt Organizations Act used to bring down organized crime syndicates. The breadth of corruption runs wide and deep for it involves all aspects of the corporate controlled media in collusion with deep state, democrat controlled government operations on a scale never conceived of before.

We have not yet begun to scratch the surface of the illegalities perpetrated by our government and media against the American people. These crimes, most of which are felonies, cannot be swept under the rug or continued to be ignored and not reported. This goes so far beyond ‘fake news’ by the media for it also involves collusion by internet and social media giants like Facebook, Twitter, YouTube, and Google who routinely suppress and censor information that exposes the corruption and illegalities in government and media.

These corrupt internet companies suppress and censor political speech that is not supportive of the totalitarian and globalist agenda. They lambaste and violate the rights of citizen journalists reporting on corruption, pedophilia and international child sex-trafficking rings operating out of DC and other major metropolitan cities across the United States and abroad especially when it directly involves democrats and the media themselves.

The government has passed unconstitutional laws empowering internet moguls to violate free speech rights through the passage of the National Defense Authorization Act (NDAA) during the lame-duck session of the Obama regime. That Act was passed due to the false narrative of Russia hacking our election and colluding with the Trump team. That was our own government doing that and leaving breadcrumbs that point to Russia. Why? They’re on the fast-track to globalism and that includes WW3 with Russia as reported in earlier articles.

NDAA must be repealed or challenged before the Supreme Court as unconstitutional. RINOs Paul Ryan and Mitch McConnell were critical pieces in seeing NDAA got passed during the lame-duck period of the Obama regime. So much for republican majorities to restore liberty lost. Their lies and deception are fully supportive of big-government, totalitarianism and open borders globalism.

The false narrative of the net-neutrality and the FCC is yet another evil for net neutrality does precisely the opposite. One must look beyond titles of bills for NDAA neutralizes free speech on the last bastion of freedom … the internet. Net neutrality does to the internet what Obamacare did for healthcare. Take control away from the American people; seizes control over yet another industry and shreds another element of our Bill of Rights. Can the swamp be drained fast enough to save America? Only time will tell.