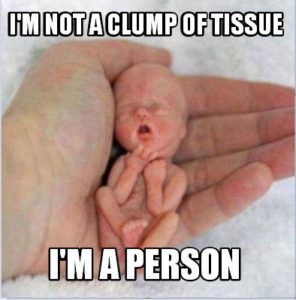 The bill in the Senate was deadlocked with Vice President Mike Pence casting the deciding vote on Thursday march 30, 2017. The bill was sent to the desk of President Trump awaiting his signature to make it law. RINO Republican Senators Lisa Murkowski R-AK and Susan Collins R-ME voted with the democrats to vote no on the bill.

A huge shout-out to Senator Johnny Isakson R-GA who has been absent since February 17 due to having two back surgeries returned to the Senate to cast his vote that created the tie. Thank you Georgia for electing Johnny to the Senate to represent you and America! I’ll save the Catcalls for Murkowski and Collins for another article.

If the House can ever get its act together concerning healthcare and the FULL repeal of Obamacare, perhaps then we can have the provision to defund Planned Parenthood and all abortion providers from receiving any federal funding. They currently receive over $500 BILLION of taxpayer dollars every single year.

Planned Parenthood is the villain responsible for performing ⅓ of all abortions in America making it the largest infanticide chop-shop in America and perhaps the world. Abortions are responsible for 2,600 murders every single day. Our tax dollars should never be permitted to directly or indirectly fund America’s infanticide business.

Evidence shows that many babies are born alive only to be butchered and murdered for their body parts and harvesting of organs. We’ve all heard the stories of the barbaric treatment of our most defenseless citizens. Abortionists are getting filthy rich in the trafficking and sales of dismembered body parts for profit.

Thank God for undercover journalists who risked their own safety and lives to expose the ugly and barbaric truths to the public. Rather than relent from these ruthless and illegal practices some states like California have decided to take a militant stance and pass laws that criminalize the journalists who expose these horrors. The depravity of some is mind numbingly evil in their obsessive blood lust.

Planned Parenthood counselors are in reality glorified telemarketers who sell abortion services and utilize whatever deceptive techniques are available to close the deal. Carol Everett, a former abortion provider states, “Abortion is a skillfully marketed product sold to a very frightened person in crisis. They buy that product expecting a fix and find its defective.”

Just when you think the decadence of the abortion industry has bottomed, they manage to step up their depravity. The abortionists have discovered they can make more money by providing cover for the nationwide and international pedophile and child sex trafficking rings. Why settle for the parts when you can provide the whole person directly?

Defunding Planned Parenthood and other federally funded abortion providers is not the final solution but is a solid step in the right direction. We may or may not be able to overturn the abominable Roe v. Wade case that legalized abortion, but this is certainly a huge step to limiting the millions of abortions performed annually.