The latest WikiLeaks dump reveals that the CIA disguised its own hacking attacks to make it appear those responsible were Russian, Chinese, Iranian or North Korean. WikiLeaks Vault 7 ‘MARBLE’ published 676 source code files on today, March 31, 2017 it claims are from CIA. This comes one week after their Thursday March 23rd ‘DARK MATTER’ dumps. 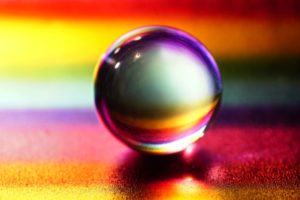 Marble is used to hamper forensic investigators and anti-virus companies from attributing viruses, trojans and hacking attacks to the CIA. It does this by hiding or “obfuscating” text fragments used in CIA malware from visual inspection. This is the digital equivalent of a specialized CIA tool to place covers over the English language text on US produced weapons systems before giving them to insurgents secretly backed by the CIA.

Marble forms part of the CIA’s anti-forensics approach and the CIA’s Core Library of malware code. It is designed to allow for flexible and easy-to-use “string obfuscation algorithms (especially those that are unique) that are often used to link malware to a specific developer or development shop.”

The Marble source code also includes a de-obfuscator to reverse CIA text obfuscation. When combined with revealed obfuscation techniques, a pattern or signature emerges which can assist forensic investigators to attribute previous hacking attacks and viruses to the CIA. Marble was in use at the CIA during 2016. It reached version 1.0 in 2015.

The source code shows that Marble has test examples not just in English but also in Chinese, Russian, Korean, Arabic and Farsi. This would permit a forensic attribution double game. For example: it pretends that the spoken language of the malware creator was not American English but Chinese. It will then show attempts to conceal the use of Chinese thus drawing forensic investigators even more strongly to the wrong conclusion … but there are other possibilities such as hiding fake error messages.

The Marble Framework is used for obfuscation only and does not contain any vulnerability or exploits by itself.

On March 23, 2017, WikiLeaks releases Vault 7 ‘Dark Matter’ which takes a huge bite out of Apple products. This dump contains documentation for several CIA projects that infect Apple Mac firmware meaning the infection persists even if the operating system is re-installed. Developed by the CIA’s Embedded Development Branch (EDB) these documents explain the techniques used by CIA to gain ‘persistence’ on Apple Mac devices, including Macs and iPhones and demonstrate their use of EFI/UEFI and firmware malware.

Among others, these documents reveal the “Sonic Screwdriver” project which, as explained by the CIA, is a “mechanism for executing code on peripheral devices while a Mac laptop or desktop is booting” allowing an attacker to boot its attack software for example from a USB stick “even when a firmware password is enabled”. The CIA’s ‘Sonic Screwdriver’ infector is stored on the modified firmware of an Apple Thunderbolt-to-Ethernet adapter.

“DarkSeaSkies” is an implant that persists in the EFI firmware of an Apple MacBook Air computer and consists of “DarkMatter”, “SeaPea” and “NightSkies” respectively EFI, kernel-space and user-space implants.

Documents on the “Triton” MacOSX malware, its infector “Dark Mallet” and its EFI-persistent version “DerStarke” are also included in this release. While the DerStarke1.4 manual released dates to 2013, other Vault 7 documents show that as of 2016 the CIA continues to rely on and update these systems and is working on the production of DerStarke2.0.

Also included in this release is the manual for the CIA’s “NightSkies 1.2” a beacon/loader/implant tool for the Apple iPhone. Noteworthy is that NightSkies had reached 1.2 by 2008, and is expressly designed to be physically installed onto factory fresh iPhones. This means the CIA has been infecting the iPhone supply chain of its targets since at least 2008. 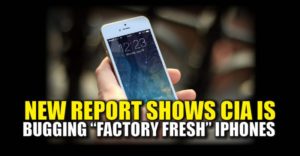 While CIA assets are sometimes used to physically infect systems in the custody of a target it is likely that many CIA physical access attacks have infected the targeted organization’s supply chain including by interdicting mail orders and other shipments (opening, infecting, and resending) leaving the United States or otherwise.

It seems we have discovered the true enemy of America and it is us. It appears our own government is spying on us, President Trump, Elections and blaming it on the culprit of the day … Russia. Let the investigations continue so we can expose, arrest, try and confine the true enemies. Seems they’re all within our borders.