The lamestream media has been obsessing on the Trump Tweet while ignoring the felonious criminal evidence that the Obama regime was spying on Donald Trump and many other private American citizens. Their hatred of Donald Trump is blinding them to the glaring facts right before their eyes.

Dr Evelyn Farkus served on the Obama regime from 2012 through 2015 as Deputy Assistant Secretary of Defense for Russia, Ukraine and Eurasia. Her dates of service are very revealing because she is speaking with firsthand knowledge of spying on Donald Trump and his campaign. In 2015 there was no transition team to speak of. 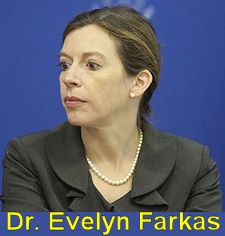 Dr Farkus reveals that in addition to illegally spying on the Trump campaign that there was a deliberate effort to “leak” this information and was worried that the leaks were not flowing as quickly as the Obama regime hoped they would. This brings numerous criminal acts to light.

It offers a motive for why Obama issued Executive Order 12333 that authorized the dissemination of raw signal data to all 16 US surveillance operations 17 days before leaving office. This change in procedure was signed by Barack Obama; Attorney General Loretta Lynch and Director of National Intelligence James Clapper. This new procedure opened the floodgates for leaks because prior to this order, only the NSA had raw signal data and they made the decision on which agencies were to obtain this data.

Dr Farkus makes some very disturbing revelations in her MSNBC interview above.

Dr Farkus is actively involved in an insurrection against the United States so why is this woman not in handcuffs?

Being swept up as incidental captures means that if the name of a US citizen is mentioned by a target of a foreign person being surveilled; or there is a direct contact with a citizen their name is protected by law from disclosure. Unmasking is the term used in FISA law that blacks out the names of US citizens on transcripts and replaces it with an identifiable generic code like citizen 1, citizen 2 etc.

This deliberate unmasking is a felony and was used to maliciously frame and discredit American citizens; especially when those citizens are part of an opposing parties campaign or transition team running for the office of President of the United States.

There’s more here that needs to be disclosed that was revealed in earlier articles. I’ll provide the links below so as not to be overly redundant.

A Hillary Clinton operative ‘planted’ a server very near Trump Tower and maliciously and fraudulently named that server ‘TRUMP-EMAIL.COM’ on the internet name registration with GoDaddy LLC. The registration claims the server is owned by the Trump Organization at 725 5th Avenue, New York, NY 10022.

However, upon investigation that alleged Trump server is actually owned by CrowdStrike, a Google company. CrowdStrike you may recall is the outfit that inspected the DNC server allegedly hacked by Russia. The DNC refused to allow the FBI to examine their server directly but that did not deter FBI Director Comey from issuing a formal report on the DNC server they never inspected themselves because in Comey’s testimony before Congress he claimed CrowdStrike a “highly respected” IT company and trusted their findings.

This is the very same server that the NY Times and Hillary Clinton are referencing that they claim contacted a Russian Bank. This contact was used as the basis for the second FISA warrant in October, 2016 because the first warrant application request in June was denied by the FISA Court. The suspicious activity were little more than a series of ‘pings’ because no transactions were ever made. 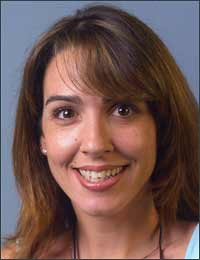 Sara Carter in her investigative reporting corroborates this information as well. Sara discovered two FISA warrants associated with the Obama regime spying on Donald Trump that James Comey, Director of the FBI could not seem to locate. Sara also discovered the server was located ‘outside’ Trump Tower in NYC and that it is falsely claiming to be a Trump organization server.

This CrowdStrike server planted outside Trump Tower that is trying to be passed off as a Trump email server is at the heart of the alleged Russian corroboration story. In the fraudulent internet registration for Trump-email.com, Hillary Clinton operative Emily McMullin used Cendyn Corp. of Boca Raton, FL. as the registrant with her Cendyn email address. This had to be for registrants must provide a valid and verifiable email address when registering a domain name.

Emily is the sister of Evan McMullin, the ‘Never Trump’ republican and former CIA operative who tried to take down Donald Trump in Utah. Evan and Emily put their server scheme in motion three days after the first FISA request was denied in June, 2016. This scheme must have been corroborated with the DOJ, Clinton Campaign, CrowdStrike, the McMullins and the White House. There appears to be a plethora of spy and surveillance schemes put in play.

Hillary was probably complicit for it is highly plausible that the now infamous tarmac meeting between Attorney General Loretta Lynch and Bill Clinton at least in part shows some collusion for activities used to justify the second FISA warrant.

Spies, Lies and Intrigues are at the heart of the traitorous schemes to deny America their duly elected President. If it were not so spurious it would be uproarious.

ACLJ Video: Not Yet Available at time of Printing

Election Fraud 2016: Not Only True its Overwhelming
Stop The Normalization of Political Violence
Thank You Congressman Matt Gaetz