I know the knee-jerk reaction is to dismiss this as folly, but the democrats have been planning this globalist takeover agenda for some time. They fully expected Hillary Clinton to be President and the Constitution was planned to be dismantled via the Supreme Court one right at a time starting with the 1st and 2nd Amendments being the first casualties under Clinton. 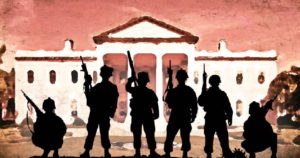 You need to understand this basic premise; before a globalist system can be implemented in America our current system of government must be dismantled. NewsHawk Network has written a plethora of articles, some of which are linked below under References.

GOPe is the acronym for the Grand Old Party Republican Establishment which is essentially the same as democrats for all establishment hacks are globalist. Democrats purged from their party all non-totalitarian globalists years ago.

The GOPe lead by such names as John McCain, R-AZ, Lindsey Graham, R-SC, Paul Ryan, R-WI, and Mitch McConnell, R-KY are leading Republicans joining the democrats and Deep State in this coup d’état by attempting to overturn the 2016 Election and our Constitutional system of government.

The 2016 election is not just President Trump but all non-establishment Republicans elected in 2016. As a result they seek to invalidate and roll-back the appointment of Neil Gorsuch to the Supreme Court. Constitutional judges who are bound by law will not do for the globalist agenda. Only activist judges that seek to have globalism implemented refuse to be limited by the confines of sovereign US law.

Under Obama, most agencies of the federal government became ‘weaponized’ and ‘politicized’ to see the enemies of globalism and adherents of US sovereignty are put down, punished and purged from government. The military, IRS, EPA, FBI, CIA and NSA to name but a few became weaponized and politicized against Americans so this globalism end-game strategy would be implemented.

Obama purged from the military over 200 nationalist and US sovereignty generals and high ranking officers who might form military resistance to the globalist coup d’état we see happening now. Again all this was designed for a Hillary Clinton presidency. That’s why we’ve seen such fierce and unhinged resistance to the Donald Trump presidency.

The United States is a very important piece to the globalist strategy that involves all western nations. Brexit and Trump were wrenches in the machine and why such overwhelming fraud refused to have nationalist Marine Le Pen see victory in France.

The globalist learned after Brexit and the Trump election their scheme for a new world order is not acceptable to liberty loving people. They will try to reverse Brexit and see that President Trump is deposed one way or another to put their scheme back on track.

President Trump firing James Comey blew the lid off their ‘protection scheme’ for Comey is a deep state operative charged with protecting the criminal activities of the globalist regime under Obama and Clinton.

With Comey gone their plans for deposing Trump had to immediately accelerate as did the dismantling of our Constitutional system of government. Stage I is to overturn the 2016 election and have another election under the ‘guidance and supervision’ of DHS, the Department of Homeland Security. Stage II is the dismantling of the sovereign system of Constitutional government.

Democrats and GOPe in Congress are currently establishing procedures for a “special election” for ALL federal offices and not just the president and vice-president to ensure the ‘continuity of government’ amid ‘cyberwarfare’ by ‘Russian hackers’ which would actually guarantee the continuity of the deep state and its control over American government.

For those receiving a steady diet of misinformation and lies from the Lamestream media are lambs being led to slaughter. While millions are brainwashed by the corporate controlled media, millions more are not. This poses a major threat to their control over information and why the internet and other online venues that advocate free speech are under attack. 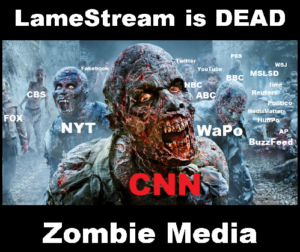 Not enough people are deceived and those who are not pose a significant threat to globalism fruition. We are in a battle for our very existence as a free people and the undermining of free elections and free speech must be curtailed. The false narrative that violent groups like ANTIFA and BAMN are grassroots offended by the election of Donald Trump is in reality paid subversives the media can exploit to deceive Americans.

These groups are being paid by organizations receiving tax dollars and funding from billionaire globalists like George Soros. They are communist, fascists, globalists and evil totalitarians at their core often using phony causes like race, sex, environment and other issues to disguise their true totalitarian intent.

This nation is in peril and unless the patriots and lovers of liberty make a strong vocal and visible stance against this soft coup d’état we risk losing this republic to the enemies of America and all she represents. The vicious and vitriolic assault on our liberty, our history and our heritage must be challenges with strength and resolve.

Thank goodness there are patriots who are taking to the streets to oppose these violent astro-turf groups and confront and defend America. They cower under opposition and all the money in the world cannot equal the passion and purpose of the American patriots whose only payment is their passion for truth and liberty.

We need to do more … much more. I am calling on the patriot and conservative groups like the Tea Party, 912, patriot bikers and all others to organize and work together to mount protests in DC and to engage in communications campaigns to oppose the political takeover of America by the democrats, deep state, GOPe and the propaganda media.

Here’s what we need to accomplish to put an end to the sedition and traitorous actions by the enemies within. Our task is to rally behind our President and convince him to take strong measures to put down this soft coup d’état. President Trump is surrounded by evil people committed to take him and this nation down. We’re in this fight and we must do our part so President Trump can do his.