What arrogance on the part of fake news purveyor CNN. Rather than a sincere mea culpa they double down defending their stance as a fake news propagandist because it brought in viewership ratings. Their defense is their ratings when we saw in part 1 that it is their Trump-Russian collusion fake news that created their ratings! My goodness!

Let’s see how their ratings go moving forward. They are an embarrassment to America and President Trump agrees as he and his son chimed in on twitter after viewing the part 1 narrative featuring John Bonifield, CNN Supervising Producer who was taped undercover by Project Veritas. 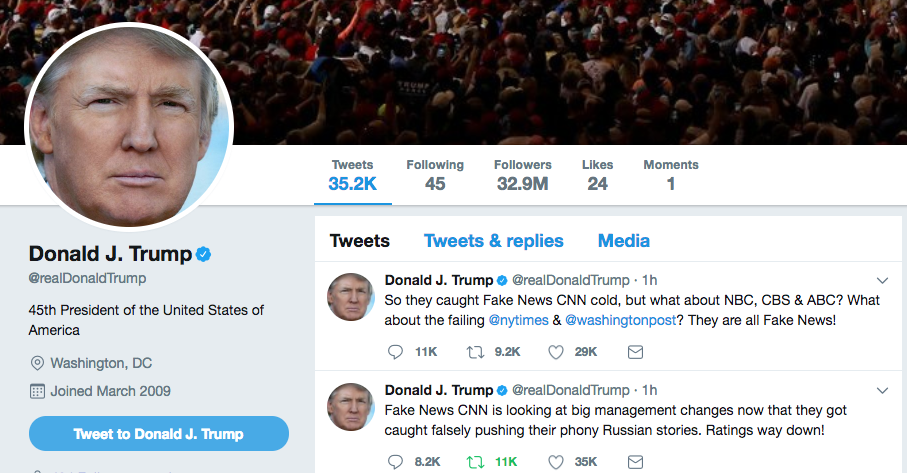 CNN arrogantly defends ‘their ratings’ as justification to the President Trump tweets.

Unbelievable! Talk about a clueless company who doesn’t get it. CNN simply refuses to abandon their hard earned title, ‘Fake News King’ without a fight. Seems they will not return to journalism or attempt to restore themselves as a non-propaganda news reporting company. Simply amazing!

We are witnessing the demise of a news cable company ‘live’ as they devour themselves as a credible news outfit. This looks reminiscent of a suicide jihad coup d’état mission to take down the President of the United States of America or die trying, literally. The White should not stand in the way of their failed mission and revoke their White House press credentials immediately.

I believe their ratings will begin to plummet and advertisers will abandon CNN as they flounder into the depths of bankruptcy and oblivion. No tears shall be shed by the faithful purveyors of truth. Their demise was long overdue.