James O’Keefe and his Project Veritas investigative reporting team strike again by going undercover to expose CNN in a two part video series entitled American Pravda. The fake Russian narrative that points the finger toward President Trump is not just seditious but a cash cow to the phony corporate media propaganda mogul.

If it’s good for ratings and you make $Millions it must be good right? So says the deceitful CNN who joins the likes of the democrats, the DNC, the Obama regime and Hillary Clinton and her Foundation as criminal enterprises caught red-handed in sedition and treason.

Well so much for the CNN CEO Jeff Zuckers’ mea culpa regarding his permission to report on Russia. CNN is tanking without the fake Russian narrative but the $Million question is, quite literally, will they continue to veraciously follow the Russian investigation now that it points directly to the democrats and the DNC? When the Russian narrative is being used to cover-up crimes and murders by the DNC why should CNN and the others not be culpable for accomplices after-the-fact?

Sean Hannity is spot-on by saying journalism is dead in America. Honestly the investigative reporting could have gone to any of the corporate media and the story and narrative would be essentially the same … Ratings and $Millions in advertising revenue. While James O’Keefe states in the video he does not think this will bring CNN or the other fake news corporate media crashing down my hope is that it will. They deserve nothing less.

CNN at a minimum should have its White House Press Credentials revoked. Sedition charges should also be forthcoming for their (and others) efforts to engage in a soft coup d’état to overturn a duly elected American government. They are also covering up crimes and the murders of Seth Rich and Sean Lucas and others. Is their cry that any such effort to prosecute threatens American democracy and violates section 1 of the Bill of Rights legitimate?

One would have to believe crime cover-ups, propaganda and the free press is the same thing … which they are not. Propaganda is in diametric opposition to a free press. To say otherwise would force the true NAZI regime (not the twisted version of antifa and google) of World War IIs propaganda machine led by Joseph Goebbels to qualify as a free press. Crimes are never sanctioned anywhere … ever!

This is what the corporate media has become, in reality always has been, though disguised over the years. They always had an agenda and their masters who are better known as the cabal recognized the power of the media as King Makers and King Breakers. They throne and dethrone with propaganda that either builds up or takes down. Not so with Donald Trump for they can only take down what they propped up.

The media is but one leg of a more advanced plan to control American government to give the illusion of choice. The advent of the internet platform created a monster that is only now starting to be legislatively controlled and suppressed. Google is effectively owned by the CIA and useful as a data mining source of information that is stored in government servers for use as they see fit. 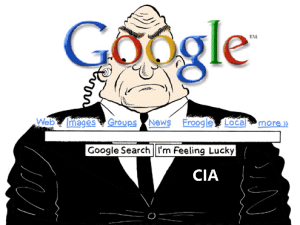 Just today Google is being fined by the EU for $2.7Billion, but I believe this is mostly a ruse and a transfer of wealth scheme on a global scale to fund losses expected through Brexit. This however is not to say the charges leveled against Google is not absolutely true for they are.

In the United States Google primarily engages in attacking free speech and suppressing search engine finds by burying stories deep into the internet bowels for new media businesses and stories that contradict the fake news corporate media moguls. On your next search see how many fake news moguls you have to scroll through before coming to a new media source like Breitbart, InfoWars and Circa to name but a few.

The corporate media in times gone by only needed to label such revelations emerging from the new media as ‘conspiracy theories’ to deep six the news as unreliable. Seems now the American public has awakened to the fact that was once labeled as such is manifesting as fact today.

Oh there are more than our fair share of phony narratives coming for the new media sites, some being plants by the left to muddy the waters and dilute the truths being revealed. Still there are some who need no assistance in the area of ‘factless’ stories with attention grabbing headlines. That’s human nature that will never go away.

The principle of confirming sources and information holds true whether it comes from the New York Slimes, the Washington Compost, Breitbart or this publication NewsHawk Network. Mistakes are simply a fact of life but propaganda and known fake news reporting is an entirely different animal that must be exposed. 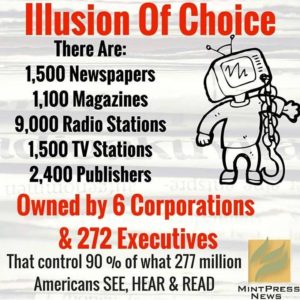 My distrust of lamestream fake news media goes back two decades when I first entered the political realm and realized sources I thought could be relied upon could not. That should also hold true for everybody today. If you want a true conspiracy fact you need only see how close the verbiage is on reporting stories, some work for word key phrases and headlines.

Look forward to reporting on part 2 of the Project Veritas expose on CNN when the final video is released. Thank you James O’Keefe for the work you do. As the saying goes no good deed ever goes unpunished and such is the case with Project Veritas and James O’Keefe who are being sued for $1Million for their video undercover work on the Hillary Clinton Campaign. Robert Creamer and the other corrupt villains in the undercover expose on election and voter fraud are seeking to intimidate O’Keefe and others from investigative journalism.

The lawsuit is frivolous but still must be defended. If you have in your heart to donate you may do so at the Project Veritas website.