America is under siege by the Tyrants of Silicon Valley to silence American Political Free Speech to avoid another 2016. What that means is they will do everything in their power to see that America never again elects a President of their choosing. How dare we!

The truth is elections in this country have been rigged for the better part of the last century with an occasional blip here and there. What happened in 2016 is the first shot of the American Revolution to restore our Constitutional Republic. This was supposed to be the globalist tyrants ‘checkmate’ on liberty and the US Constitution.

Not only is that not going to happen but the curtain is coming down on their days walking the planet as free people … and they know it. Every mass shooting and terrorist event for the last several years are ALL false flag operations. Silicon Valley tyrants have created an evil ‘church’ of Artificial Intelligence (AI) they use as a weapon so far beyond imagination and science fiction that when coupled with psychotropic drugs may very well represent the greatest evil humanity will ever face. 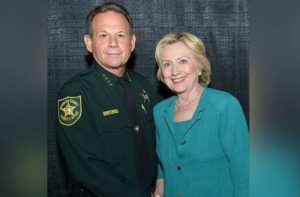 The democrats and the tyrants who lust for power for powers sake care not about this nation or those they seek to control. The tyrants are solely dependent upon ‘victims’ for rarely will a rational mind pull the lever on their behalf. Victims and election fraud are the primary means of victory and power for this depraved group of tyrants and criminals.

Therefore the assault on free speech is a venue to be eradicated as is the right to bear arms. A free people are utterly dependent upon free speech especially now when the lamestream media is the propaganda arm of the tyrants. Never is American history was there a time when the Second Amendment to the US Constitution was more essential. The Right to Bear is the anti-tyranny provision for an armed citizens is what keeps tyrants in check.

The depth of corruption in this dark and perverted world is unconscionable! What are now becoming loud whispers is the fact that at the top of the tyrannical food chain are satanic pedophiles and child sex-traffickers who seek to dominate and control humanity to satisfy their sick, twisted desires. Light is shining upon them and those engulfed in darkness hate and cannot comprehend the light. Under no circumstance shall these people ever again be granted the levers of power in and out of government.

Why shall we tolerate them any longer? Prison and for some the death penalty waits. For many the latter fate shall be self-inflicted for cowards, traitors and those with any remnant of conscience. The Parkland massacre is a false flag and evidence the actual circumstances of this carnage have come to the attention of Pam Bondi, the Florida Attorney General who is opening an investigation into the incomprehensible truth surrounding Sheriff Scott Israel and his corrupt and mismanaged department.

Video: Florida AG Pam Bondi Calls for an Investigation Into The Parkland Response

Sheriff Scott Israel is a Hillary Clinton shill and he is grossly mismanaging the Sheriff department. His lust for power as a political crony of Hillary Clinton and the far left is yet another weaponized political assault upon the American people. It is commonly understood that Sheriff Israel was to be nomiinated as FBI Director under a Clinton presidency. It is also no coincidence that Parkland is in Broward County, Florida which is the district of US Representative Debbie Wasserman Schultz. Schultz is no stranger to scandal, corruption and murders of people connected to and scheduled to testify against the Obama regime, DNC or Hillary Clinton. Funny how all these recent massacres occur in democrat controlled districts, isn’t it?

Victor Cruz was not the only gunman and is selected as the patsy and fall guy for the evil machinations of the tyrants. His guilty plea means no trial. The media; big pharma psychotropic drugs; the AMA; FBI; school system; police and sheriff departments are all fodder for the federal PROMISE grants, a corrupt funding scheme of rewarding lawlessness. An Obama grant program rewards local officials for not reporting crimes and not making arrests. These should all be considered accomplices to the massacre.

We’ll just have to see what AG Pam Bondi is prepared to bring into the light as a result of her investigation. There is no shortage of criminal conspirators in this and many other crimes. It is ironic that everything in this article and more not included here is connected to the 2018 mid-term elections and fraudulent schemes to regain power to depose President Trump and his campaign to drain the swamp.

Video: THIS IS THE FACE OF EVIL