All four deputies remained at their posts outside the building, not just one. The FBI is also culpable in this false flag as they find themselves once again involved in a boondoggle tarnishing further an already depleted trust. The American public are shocked and dismayed at the utter level of incompetence and still reeling from all the scandals and treason emerging on the conspiracy to depose a sitting United States President. Will the insanity ever end?

Apparently there is plenty more insanity to be spread around. The conspirators are putting all-hands-on-deck the use the Parkland massacre as ground zero for the coup d’état of America. Silicon Valley is relinquishing control over the internet codes and databases to the Communist Chinese thus putting free speech on internet platforms at grave risk. Google, YouTube and Twitter are engaging in a full frontal assault on free speech by purging ALL conservative and libertarian voices from their platforms.

The Second and Fourth Amendment are also under assault with the National Rifle Association (NRA) becoming the focal point of the conspirators rallying cry as the organization to blame for the Parkland Massacre! Huh?  Not the FBI; not the Sheriff’s department; not the murderers who slaughtered 17 at the Marjory Stoneman Douglas High School; not CNN who shamelessly manipulates the students, faked a town hall meeting, orchestrated the questions and responses to the massacre to advance draconian gun control and not even the hundreds of thousands of dollars flowing to all the student accounts via go-fund-me and other monetary collection sites. 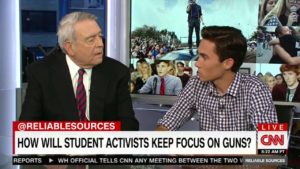 `Even mentioning the name of their propaganda puppet David Hogg is enough to get your video deleted and channel taken down by YouTube; your website disabled or censored by Google from search engines; your Twitter account terminated or shadow banned by Twitter. Disastrous enough but the criminality does not stop there.

It is being reported by several reliable reporting sources that the Obama regime has implemented and financial grant scheme for police, sheriff and schools that reward them for NOT reporting and arresting criminals, especially of minorities so as to drive down arrests and prosecutions data giving the illusion that crime is declining. This program was established via the Holder DOJ because Hussein Obama claims that minorities were unlawfully being targeted by racist law enforcement for arrests and prosecution.

The grant formula increases the size of federal grant money going to schools and law enforcement based upon the decline in complaints and arrests on a complex moving scale analysis. Lawlessness just got licensed and financially rewarded by the Obama regime and society and our children are the ones paying the price for this monstrosity, often with their lives as evidence by the massacre in Parkland, Florida. This is a nationwide program.

Oh, almost forgot about the criminal malfeasance. Footage shows armed police sneaking a duffle-bag carried by two officers large enough to hold a person and/or weapons from Marjory Stoneman Douglas High School shortly after the shooting. Not a peep about this from the lamestream propaganda media not anything from the eye-witness student that affirms more than one shooter. Alexa Miednik reveals in an interview by local press she spoke with Nicholas Jacob Cruz, the alleged shooter of the Parkland Massacre.

Article: PARKLAND FIRST RESPONDER: I WAS TOLD TO STAND DOWN, ‘I COULD HAVE SAVED LIVES’

Article: INFOWARS HACKED: TAKEN DOWN AFTER CNN CALLS FOR ALEX JONES TO BE SILENCED