They even brought “peace group” printed out papers and props.

This is nothing new for CNN and most other lamestream media have engaged in this practice for decades. It is only now since the advent of social media and citizen journalists of the New Media that these fakers are being exposed.

Thanks from the dominant New Media personalities of Mike Cernovich, Katie Hopkins of The Daily Mail and Paul Joseph Watson, Editor of Prison Planet editor the Mark Antro video has gone viral. I believe Cernovich was the first to find and promote the video and the rest is history.

I watched the Cernovich You Tube video where he explained how he came across the video and his plans to offer $1,000 as the very first ‘Citizen Journalism Excellence’ reward for Mark Antro. 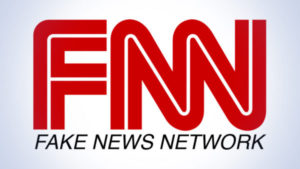 CNN should change their name to FNN

CNN is denying that this is fake news and therein lies the shameful reality of the legacy media and the political spectrum as a whole. The only time I watch anything from CNN or the lamestream media is when I must because they made themselves part of the story.

I like to rely on a dozen or so quality new media ‘wire’ sources to determine which news we will run with. In fact I think we should jettison them altogether, let them fry on the stake of ‘true’ social justice which has nothing top do with the leftist coopting of the term we simply refer to as SJW.

We have always had this news going back to when television and radio was invented with the print media as the pioneers of fake news. In my studies on American history we see plenty of evidence for fake news back in the days of George Washington, Benjamin Franklin, John Adams and our founders.

The establishment back then was the ‘Crown’ led by King George and they had their ‘media’ and were the prominent source of news for the colonies. We have come full-circle and our establishment is now the tyrannical government that was newly formed back then.

It only took around a century for the seeds of corruption to be planted in 1860 and now we see the full corruption and criminality in full bloom. Had it not been for the election of Donald J Trump as our 45th President this nation would be finished as the beacon of liberty and justice.