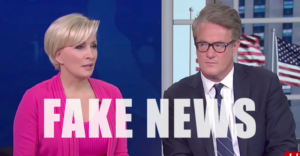 MSNBC Morning Joe is now floating the story that Steve Bannon is the source of leaks about Jared Kushner. Do these far-left Marxists ever grow weary of their fake news scenarios?

President Trump has properly withdrawn the US from the fraud laden scheme to pillage and transfer American wealth to third world nations. The presumption of the propaganda media is it can’t be due to the intelligence of President Trump and his innate ability to discern a really bad deal for America. No, somebody must be whispering in his ear and telling him exactly what he should do.

The exposure of the fraudulent Paris Climate Accord and President Trump saving America from a Trillion Dollar Pillage at the hands of the globalists have them scurrying to spin the story. That is why they are trying to ‘pin’ this brilliant move, though a disaster for the globalists, on Steve Bannon.

Steve Bannon was vilified by the media from day one. One only needs to have common sense, traditional values and fight for sovereign America to get the ire raised and put the propaganda media into an irrecoverable tail-spin. Bannon went from persona non-gratis in January to odd man out in March to President Bannon in four months’ time. Quite a ride!

Why? President Trump is implementing his nationalist values and America First policies. Did Scarborough not hear candidate Trump say what he would do with the transfer-of-wealth scheme better known as the Paris Climate Treaty? But now he attributes this glorious departure from a really bad deal to Steve Bannon? 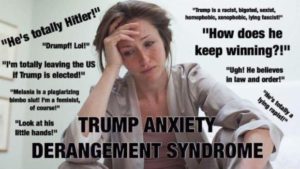 Will these clowns never quit their vitriol for President Trump? Their ‘Trump Derangement Syndrome’ is rabid and malignant. Their contempt for President Trump has blinded them from seeing that Trump needs no help seeing 1 + 1 = 2. Now they’re saying ‘President Bannon’ has made this call because he is one of the few nationalist voices on the Trump team. Therefore it must be Bannon telling President Trump what he must do.

Have they not figured out this Presidency belongs to Donald J Trump and he alone? Unlike past globalist controlled Presidents like Obama, Clinton and Bush, Trump is nobody’s puppet.  President Trump is an alpha male and his own man.

That’s a dramatic departure from the beta males that typically proliferate the media, government, military and corporate America. Love him or hate him Trump is not a puppet under the control of other masters. Those folks are at the Bilderberg conference in Chantilly through this Sunday.

Keep throwing it on the wall to see what sticks, eh Joe? Talk about a Scarborough Fair! Good ol’ mornin’ Joe has turned his fair into a three-ring circus as a distraction once again. President Trump is tightening the noose in getting the deep state leaks under control. He’s gotten rid of a few in the White House and now he is focused on the National Security Council.

The lamestream media is doing all they can to provide cover for another major source of the leaks … the President’s National Security Council. The globalists on the NSC have been exposed and Trump is turning up the heat.

National Security Advisor HR McMaster is clearly in the cross-hairs of Donald Trump. McMaster is the person responsible for the direct and indirect leaks for he and his leaking globalist team of Dina Powell and Nadia Schadlow have his blessing for leaking and now are all feeling the heat. This trio is but a few of the NSC leakers.

And when globalists in government are under pressure, yup, you guessed it … the propaganda media leaps to the rescue with fake news stories and by planting false flags and making sure they get waved. Who better than nationalist Steve Bannon to defer attention away from McMaster?

Is he not the favorite whipping boy of the propaganda media? Steve Bannon is one of the very few libertarian voices that can still whisper into the ear of President Trump and why McMaster wants him gone. It was McMaster who was active in the assault to remove and replace Michael Flynn.

HR McMaster and his newest recruit to the NSC Nadia Schadlow are busy scheming at the Bilderberg conference in Virginia for a new strategy to depose President Trump. They have quite the group of government people meeting with industry leaders to implement their globalist agenda.

Some of the globalist names in government you may recognize attending the 4 day 2017 Bilderberg Conference:

This year the hot topic is developing a plan to manage and manipulate President Trump. Every member of the globalist Bilderberg Group represents enemies to the sovereignty of the United States. The Paris Accord represents a significant blow to their transference of wealth scheme and was surely a topic of discussion.

Those dependent upon ‘free money’ since the end of the Reagan term where Bush had greater control are now going through cold turkey withdrawal symptoms. Welfare in all its forms is an opiate and these nations of the Paris Accord and NATO are all addicted. No more sucking America dry. Thank You President Trump!

No Fake News Tears for Haman
Corporate Media Distrust And The Rise of The New Media
$3.9B Fake News Goliath Emerging?