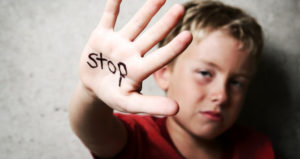 The democrat left appear to have completely abandoned whatever remnant of decorum they had since the election of President Donald J Trump. There appears to be an abomination contest taking place as to who will take the black crown of depravity. It started with Rosie O’Donnell’s attack on Barron Trump this past November when she shared a YT video attacking Barron which then escalated to Katie Rich and failed stand-up comedian Stephan Spinola and many others all joining in the moonbat melee.

The depth of depravity with these people just cannot be written off as an on-going feud gone badly between O’Donnell and President Trump; or Katie Rich’s vile tweets against the innocent 10 years old Barron; and now Stephan Spinola tweeting in with his explicit sexual perversions focused on a truly disgusting act involving the child and his mother as simply a bad joke. Spinoza claims he resigned in a tweet over a “bad joke” but resigned from what? He’s a freelancer but what I find disturbing is not one of these morons get it. No, simple apologies will not do for they are bringing out the worst in humanity. Let’s add to our list those from the Cristina Laila list, whose Jan 20th article in the Gateway Pundit shows just how depraved leftists think it fashionable to attack a 10 year old child on Twitter:

Child abuse and pedophilia is rampant in government, media, education and entertainment industries, so I wonder if there may be deviant connection with children organizations and business interests that cater to children as something worth looking into. It may also be time to engage is serious studies on the relationship of homosexual orientation with other perverse sexual orientations like pedophilia, incest, bestiality, necrophilia and other deviant sexual orientations.

It is very well documented that in 1973 Dr. Robert Spitzer is the psychiatrist renowned for declassifying homosexuality as a mental illness from the American Psychiatric Association’s Diagnostic and Statistical Manual (DSM), the handbook used by the APA to classify mental illness. This declassification was not due to any scientific studies on the subject but wholly due to heavy political pressure from homosexual activist groups and other prominent homosexuals to declassify homosexuality as a mental disease.  Dr Spitzer capitulated a second time to homosexual activists in 2012, when he apologized for his involvement in a study he had done indicating that some homosexuals who undergo therapy or otherwise seek to change their orientation, experience meaningful change in their sexual urges and behavior. 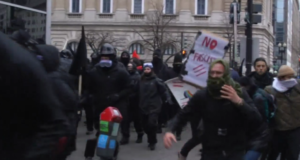 The tactics of the left have not changed for we see them forcing changes in the science of climatology to advance a globalist agenda and again with a failed coup d’état to oust a duly elected President not of their liking. Such abhorrent behavior appears symptomatic of mental illness for whenever reality is not of their liking they use violence and intimidation to get their way. They failed at every frontal assault of President Donald Trump because of his strength of conviction and the rule of law, so now they choose the despicable tactic of going after his wife and children. These truly are a sick bunch of mentally ill people who use violence and intimidation to alter reality to their liking.