The more the lamestream media denies the existence of an international pedophilia ring based in Washington, DC the more the reality and facts that it does continue to surface. Facebook, Twitter and YouTube among others censor and scrub the stories while Google algorithms bury the search links from seeing the light of day. In spite of these efforts the stories persist and new information continues to surface based upon citizen investigative reporting.

The mightier the suppression the mightier the resistance and the more new information continues to resurface. This horror has been perpetuating since the 1960’s so the stories of the abuses, kidnappings and missing children are growing new legs in this age of information. What were once dismissed as mysteries, myths and conspiracy theories are now proving the power of tyrannical government in suppressing and controlling information and the public as a means of self-preservation.

The rich and powerful have always been able to buy silence and now many of these same people control the corporate media and government but not yet the internet. Had it not been for the internet sleuths investigating what the bought and paid for media refuses to do, these reprehensible beings would continue to escape justice by getting away with the crimes of pedophilia and child trafficking which has grown into a government sanctioned international criminal enterprise. 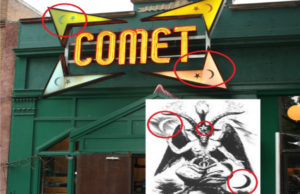 Pedophilia and child trafficking is dubbed pizzagate, because evidence points to a central DC figure in the luring, acquisition, hosting, distribution, torture and murder of children owns and operates a pizzeria, ping-pong center and other related businesses. While I disdain adding the word ‘gate’ to represent every scandal since the Watergate hotel became the central locale and nickname that eventually forced President Nixon to resign, I will not have semantics deter the investigation of an international criminal syndicate that dwarfs all Watergate offenses.

The depth, scope and utter depravity of the players directly and indirectly involved in this is incomprehensible for it directly involves heads of state and intelligence agencies; the uber-wealthy trillionaires and billionaires; churches and priests; mainstream media and government agencies like schools, teachers, law enforcement agencies and officers, firefighters, and child protective services at all governmental levels across America. This may also be a reason there is such reluctance to investigate and arrest because of the magnitude and degeneracy of the offense and the offenders touch upon our friends, families and neighbors. Satanic cults and the abortion industry are central to this culture of corruption, death and depravity. 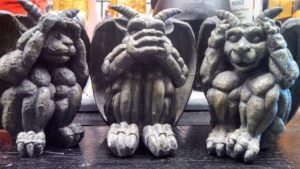 It is too much to bear and too heart wrenching to be confronted by such evil especially when it impacts nearly every community in America. But what’s the alternative, allow the stench of evil to continue? That thought is as criminal as the offense for it is the children of America and the world we are neglecting. I don’t know how to prepare ourselves for the enormity of the malevolence at work here, but prepare we must for that is the peril of this reality.

None of us are truly innocent for we are ultimately responsible in that we keep electing these people to many of the positions of power and do too little to monitor and check how that power is being used. We have left that job to others and stopped being the adult to deal with the tantrums of a decadent permissive society where restraint, discipline and correction have been eradicated by those with an agenda to perpetuate these evils. We see both the problem and solution in the mirror. Stop denying the reality for how many more children must be sacrificed, literally, as we turn our heads in shame and denial.