Emperor Obama created new Intelligence Community (IC) rules 17 days before leaving office for his shadow government to sabotage President Trump. The plan is to leak top secret and classified intelligence information to bring down the Trump administration and President Trump himself. The New York Times reported on January 12th of this year that the Obama Administration authorized these new rules via Executive Order 12333 that greatly expanded the powers of the National Security Agency (NSA) to share globally intercepted personal communication with the government’s 16 other intelligence agencies before applying any privacy protections. What an outrage!

This is an unprecedented and reckless expansion of power. Considering this was done days before leaving office, one need not be an attorney or intelligence officer to discern evil intent. The Executive Order authorized the creation of an unclassified document entitled, “Procedures for the Availability or Dissemination of Raw Signals Intelligence Information by the National Security Agency (NSA).” This Obama document was approved by Attorney General (AG) Loretta Lynch and Director of National Intelligence (DNI) James Clapper and went into effect January 3, 2017, 17 days before leaving office. 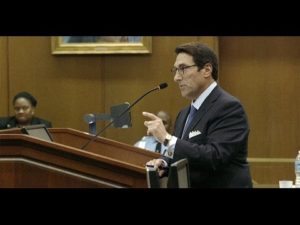 Attorney Jay Sekulow, Chief Legal Counsel for the American Center for Law and Justice (ACLJ) ordered his team to engage in a diligent search to obtain that document. It was found buried in an avalanche of other unclassified material and documents. According to Attorney Sekulow, the probability of increased leaks grew 1600% as a result of this IC restructure days before the Obama regime left office. Massive leaks from the globalist Obama loyalists was most likely the intent with this reorganization.

These high level intelligence leaks are extremely serious and violate the Espionage Act which carries criminal penalties including incarceration according to the ACLJ. The leaks played a major role in the resignation of General Michael Flynn as President Trump’s National Security Advisor. From all indications General Flynn appears to be the first of many casualties in the coordinated efforts to take down President Trump and his administration. This recklessness by Obama and his team in creating a shadow government with the purpose to remove President Trump from office is the third soft coup d’état attempt in unseating a duly elected President and is treason.

The motive for this treason appears to be the end-game strategy by the globalist to install their New World Order scheme that began in 1913 with the creation of the Federal Reserve System. This explains why the democrats and globalists from both parties are so fanatical and desperate about not accepting Donald Trump as President of the United States. Donald Trump wholly rejects the globalist agenda and New World order initiatives.

President Donald J Trump is a nationalist and national sovereignty is antithetical to the globalists world view. This time frame represents the carefully orchestrated end-game strategy to usher the globalist vision of a New World Order into fruition. The defeat of globalist democrat Hillary Clinton launched the left into a conniption fit and utter melt-down for President Trump is unraveling their grandiose plan for a new world order. Capitalism and Nationalism have no place in the globalist world vision and President Trump is a champion of both. They’ve become unglued because Donald Trump is quite adept at reconstituting laissez-faire capitalism and has actively made significant changes to accomplish this in his first month in office. In addition he became the face of the strong grass-roots movement’s resurgence of patriotism and nationalism with the simple motto, “Make America Great Again.” Immigration control, border security, patriotism, traditional values and all the other traditional social and family norms that is the fabric of America we see in the Judeo-Christian culture pose a mortal threat to globalism.

This election was supposed to be Obama passing the globalist baton to Hillary Clinton to complete the final leg of the 30 consecutive year reign of the globalist reformation of the US government. Even during the Ronald Reagan presidency globalist George Bush Sr. had influence in the affairs of state and after the assassination attempt of Reagan, no serious threats to the globalist agenda manifest … until now. Since Bush Sr. every elected president was a globalist who erected vital policies, regulations and legislation to create the infrastructure in preparation for the transition from a nationalist to globalist government. The plan was on track with the final elements to be enacted by Hillary Clinton. Her resounding defeat at the hands of President Donald John Trump derailed those plans and caused a globalist train because champagne corks began a popping way too soon. That’s the problem when you begin to believe your own propaganda.

The Donald Trump election on the heels of the equally devastating Brexit vote posed grave danger to the globalist implementation and transformation plan for a new world order. While the globalist powers believe they can “fix” the Brexit speed-bump the Trump election is entirely a different matter. President Trump’s nationalist and capitalist retooling of America coupled with the dismantling of the globalist infrastructure could roll back the last 100 years of globalist gains and set them back to square one. That prospect is totally unacceptable and why the conniption fit at all levels of government here and abroad. 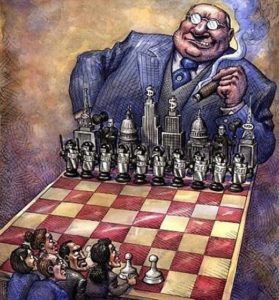 Sure You want to Play Chess?

Let’s use a chess analogy to explain. The Trump election captured the globalist Queen, Hillary Clinton and removed her from the playing field. The Queen represented a vital piece for the check-mate strategy to complete the globalist transformation. Too much time, money and effort has been invested to tolerate defeat. The strategy involved a highly coordinated international political, economic and currency collapse of the United States, the European Union and Japan as a globalist fait accompli. German Chancellor Angela Merkel was to Germany what Obama was to the United States. As goes Germany so goes the EU but Brexit is a wrench in that scenario.

Russia is also a major threat for they oppose globalism, so WW3 with Russia is a critical element to the globalist end-game strategy as cover for the economic collapse and why Russia is so prominent in US politics. The two super-powers have to clash to make globalism a reality. The axis powers of China, North Korea and Iran is insufficient to cause the necessary calamity and destruction required and any pact of peace between the US and Russia is unacceptable for a globalist victory. Losing their Queen at this vital stage of the game is a devastating blow.

With the globalist Queen off the board the globalists are in a desperate battle for their survival and why Obama tried to instigate conflict. When that failed he created his shadow government with only days remaining on his way out. The effort to dismantle the Trump presidency is full throttle with all hands-on-deck including the lamestream media’s incessant attacks and fake news stories to delegitimize President Trump and soften the negative public perception for coup d’état or impeachment of the President Trump.

The ACLJ posted on You Tube three one hour videos that went into detail on the intelligence community “soft” coup d’état but You Tube in its continuing effort to suppress free speech along with Facebook, Twitter and others removed the videos. I was able to link the first one for a time, but all three are now scrubbed.

The good news is the Trump team acted brilliantly in having General Flynn, the consummate soldier, tender his resignation. Despite popular belief this was not capitulation but an effort to gain strategic advantage in eliminating the intelligence community coup d’état by having the Obama shadow sedition brigade reveal themselves. Had General Flynn not resigned he would continue to be the focus of the media circus and more fake news stories thus preventing the exposure of the existence of the realigned intelligence community rules enabling the wave of espionage by the Obama and Clinton traitors.

President Trump immediately launched into action by commanding Attorney General Sessions to establish an investigation and to convene a grand jury to prosecute the crimes of espionage by the Obama shadow regime. Rex Tillerson has already terminated many of these traitors and Obama loyalists in the State Department. The IC department heads are actively shutting down the leaks under the tutelage of General James “Mad Dog” Mattis the Secretary of Defense due to Senator Chuck Schumer leading the Congressional obstruction of having Dan Coats confirmed as Director of National Intelligence.

Unclassified PDF Doc: Procedures for the Availability or Dissemination of Raw Signals Intelligence Information by the National Security Agency (NSA)