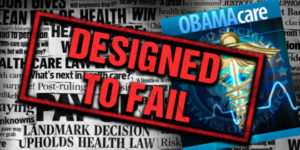 I guess seven years was not enough time for the Republicans to know how to repeal the disastrous ACA law called Obamacare. What a bunch of frauds! Take note America for we see that true Republicans in the House of Representatives are reduced to the 30 or so members in the Freedom Caucus with all others being RINO: Republicans In Name Only.

Mitch McConnell, Senate Majority Leader fares no better for he too is a fraudulent RINO for this bill had Senate coordination. We had one-shot to undue and restore (not replace) the greatest healthcare system on the face of the earth but failed to fix what evil democrats created. 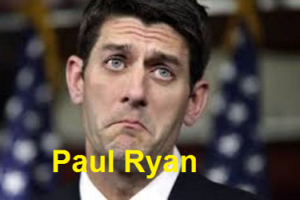 Paul Ryan is as fraudulent as Obama. In fact he is no different than Obama, a democrat, a globalist, and big-government, big-spending liar. It shows little to no difference between GOPe (establishment republicans) from the extreme left democrats; and that all the prior repeal bills sent to Obama by the Republicans in Congress, including the Senate, are as fraudulent as the Republicans.

Now we know why all the republican victories in 2010, 2012, 2014 and the upheaval election of 2016 did nothing to get America on the right course. Obamacare simply needs to be repealed, not replaced. Replacement was a big reason Donald Trump did not receive my support in the primary election for government has no authority to be in the healthcare business. He at heart is a big government RINO and does not realize that this postponement may have saved his presidency from disaster and opens the door to a second term as President.

It exposes Republicans as the enablement and implementation party of Obama big-spend democrats. If it were not so pathetic it would be humorous. If these were true republicans they would have been ready on Day One, Inauguration Day to repeal Obamacare and have a non-government solution to restore the healthcare industry to the American people and the private sector. Government is prohibited by the Constitution from being in the healthcare and insurance business.

Truth is all Republicans, except for the House Freedom Caucus, need to be primaried in 2018 for now we know who the RINOs in the House are by name. The true conservatives and libertarians who adhere to the party platform are nowhere to be found in the Republican Party. This republican failure is not a democrat victory. Democrats by no means are fit to lead either. The failure in creating and the failure to repeal is a loss to the American people. 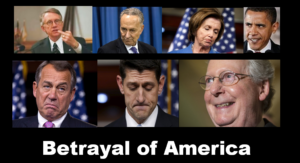 The so-called ‘moderates’ of the party are establishment; the extreme leftist, liberal, globalist democrats in republican clothing. It seems we call extreme leftist, globalist republicans moderate and proves the party really was and still is for Obamacare all along. We cannot send these same RINOs back to Congress in 2018 and should not expect sound leadership from republicans for 2017-2018. If that bill had passed it would have represented yet another betrayal of America by republicans and the sinking of Donald Trump to be a one-term President.

We know the democrats are the enemies of America party for they own Obamacare 100% and when it crashes and burns remember it was President Trump who purposed to save Americans from the full collapse of the ill-conceived totalitarian socialist globalist agenda by taking government control of what was once the greatest healthcare system on planet earth. The big loser is once again the American people because establishment republican ore no different than democrats. Few seek to repeal this disastrous law. 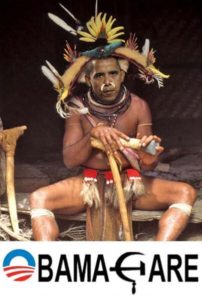 Do not forget it is Democrats who are wholly composed of tax and spend statists, socialists, communists, globalists and essentially the party responsible for the deconstruction of America and Obamacare. Democrats certainly cannot be trusted with the keys to government for we see they are the ones most responsible for the mess we are in now. It would be like putting drug addicts in charge of the pharmacy. Let the fake news media and far left democrats spin this every way they can, but they own the mess and imminent disaster called Obamacare.

What this disaster exposes is the need for a full overhaul of the American political system. The tyranny and evil of the two-party system is a colossal failure. When Donald Trump rightly exposed the two-party tyranny as a “rigged” system, he was spot-on. In addition to the immediate replacement of Paul Ryan as House Speaker, and immediate termination of Obama holdovers in government, this corrupted electoral system needs to be addressed before the mid-term election in 2018. Robert David Steele has a proposal on how to fix the Rigged 2-party electoral system and we the people must present to the soon to be newly elected Speaker of the House a proposal that must be examined in earnest if liberty and governance of the people by the people is to survive.

The full version of the condensed web version is available in eBook for $0.99 in Kindle. Links are available on the website link above.

Creepy Joe Biden is the Most Corrupt VP in US History!
Finally Violent Antifa and Anti-Trump Protesters Confronted by Police!
No Truth Shall Go Unpunished, Especially If It Sets You Free