First thing is to keep democrat grubby totalitarian and globalist fingers out of the process. They will propose their ideas, and if not implemented shut down the government and blame republicans as they always do and continue to obstruct until they get their way. Governing by force and tantrums is all these Marxists know how to do.

President Trump needs to realize that the majority of republicans are in sync with the democrats in terms of big-government and want Obamacare. Obamacare was designed to implode precisely as scheduled. Democrats and establishment republicans (GOPe) want Obamacare for it is the lynchpin to globalism and the new world order. 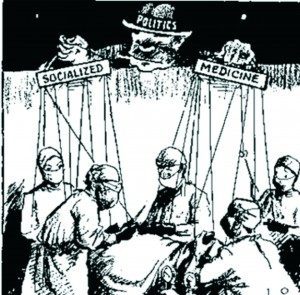 Healthcare from a government perspective allows access into every aspect of life to control the masses. That’s why we see every socialist, communist and dictator regime around the world in socialized medicine. Getting America into that web is the crown jewel of totalitarianism. The extreme left democrats embrace globalism and came within inches of NWO checkmate.

When their queen, Hillary Clinton, was defeated this removed their queen from the playing board. Losing their queen was critical for their checkmate strategy was dependent upon their queen. Come on folks, you did not think this complete meltdown is due to a presidential loss, do you? This is a highly coordinated multinational strategy where $Billions if not $Trillions are at stake.

The collapse of Obamacare was all the impetus needed to impose single-payer healthcare. Democrats would blame their usual suspects: republicans, wall-street, insurance companies, big-pharm and Russia. Democrats then justify their takeover of the entirety of healthcare services including big-pharm and insurance companies. With the healthcare lynchpin in place a global economic collapse and WW3 is all the cabal needs to implement NWO.

Look for the globalists to go after the big three obstacles: Removing President Trump from office; Defeating Marine Le Pen; and reversing Brexit. They do that and their globalist dreams for new world order is back on track.

Returning to America and President, it is imperative that we stay our ground with the full REPEAL of Obamacare. Forget the fake news propaganda of blaming the conservative ‘Freedom Caucus’ in the House as the enemy responsible for the Obamacare defeat. Truth is the Freedom Caucus may just have saved President Trump. The passage of Ryancare is a poison pill for President Trump and America. Paul Ryan is a RINO feigning allegiance to liberty for he is a globalist GOPe all for Obamacare. Yes there were some good enticements in it like defunding Planned Parenthood, but that was the ‘Trojan Horse’ to buy off Conservatives.

President Trump needs to hold his ground and we the people need to offer our loud and consistent support to the President to hold his feet to the campaign promise to Repeal Obamacare. His replace mantra is to allow for Obamacare light. He simply split the middle to attract both sides. The campaign is over, he won. Real decisions need to be made based on liberty and quality.

We must give serious consideration of the Rand Paul plan and tweak it so free-market solutions once again restore healthcare to the American people and healthcare providers. Let’s get the free-market solution on restoring healthcare with the fixes that needs to be done first. Send the bill to President Trump and make it law. Then we can deal with the issue of the tangled web of Obamacare. 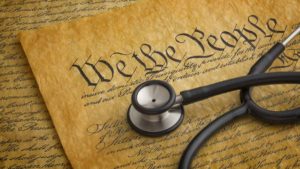 Government has NO Constitutional permission to be in the healthcare business. Let the several states that like the idea of ‘socialized medicine’ come up with their solution and the states that want free market to do the same. The mantra of having every citizen needs to have health insurance is a false flag planted by the globalists. Those who can’t afford health insurance must not be lumped in with those who refuse to purchase health insurance.

The Medical Savings Account (MSA) will be extremely useful for most Americans who decide to not purchase an insurance solution can use the MSA to pay for healthcare costs directly. If they decide to purchase insurance, the MSA may be used to pay premiums. Insurance needs to return to the historical and economic role of providing ‘catastrophic’ protection and that includes group insurance. Group coverage is obsolete for the employer and not those covered make decisions and the employer needs are diametrically opposed to employee needs.

An alternative is to have employers providing a dollar amount to MSA accounts where employees can make decisions for what is best for they and their families that may include employer provided group insurance options. Buying insurance is not the same as using and providing healthcare services. Let’s reject that notion now. The reason for the catastrophic rises in healthcare costs is the consumer is taken out of the decisions making ‘pricing’ scenario. When everything is third party reimbursement consumers simply do not care about costs. That needs to be fixed.

I will provide a future article on what characteristics need to be available to a true MSA. This is not to be directly tied in to government control or a purchase of health insurance coverage. The fact is close to most big-government programs are constitutionally prohibited and we must begin righting the ship now if we are to survive as a free people living in a Constitutional Republic for currently we are not.