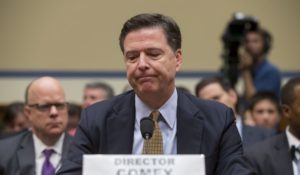 FBI Director James Comey was fired by President Donald J Trump earlier today at the recommendation of Attorney General Jeff Sessions. My only question is why this did not happen on Day 1 of the Trump Presidency along with several dozen other Obama appointments.

In a bizarre twist James Comey had an escort to an LAX flight after he learned he was fired that looked more like a slow speed chase reminiscent of OJ Simpson. President Trump cited Comey was fired for deliberately misleading the Senate concerning the Hillary Clinton email probe.

Comey stated under oath that Huma Abedin sent hundreds and thousands of classified emails to her disgraced husband and ex-congressman Anthony Weiner’s laptop. The termination letter President Trump sent to Comey stated, “you are hereby terminated and removed from office immediately’ and ‘I greatly appreciate you informing me, in three separate occasions, which I am not under investigation.’”

That did not seem to matter to the far-left democrats who immediately began to spin a new false narrative. Senator Schumer states that President Trump is making a big mistake in firing Comey. Schumer and his cronies are trying to spin an elaborate tale that President Trump is trying to ‘cover-up’ the concocted tale of “Russian collusion” by comparing this termination to that of Richard Nixon.

Many of the Obama appointed directors admit ‘under oath’ there is no evidence of Russian collusion in the 2016 Presidential Election. But since when do facts stop democrats from advancing their own false narrative? 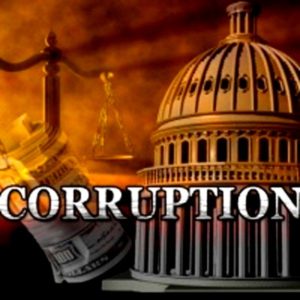 What should be the side story is that Andrew McCabe is now acting FBI Director and reminiscent of the acting AG Sally Yates’ treason. McCabe is caught in the toxic web of the Hillary Clinton crime syndicate corruption for his wife Jill ran in a long-shot bid for a congressional seat financed by Hillary.

Jill McCabe is a long time Hillary ally and received $500,000 cash for her failed congressional run from Hillary Clinton. Andrew McCabe was promoted to FBI Deputy Director and supervised the investigation of Clinton. If that’s not bad enough, shortly thereafter Virginia Gov. Terry McAuliffe, a long-time friend and ally of Hillary Clinton contributed a total of $675,000 to Jill McCabe’s bid for that congressional seat through his PAC Common Good VA.

More than $1 Million was funneled to the McCabe’s along with his promotion and appointment as supervising attorney into the email scandal. No, nothing to see here folks, keep moving. This is exactly the kind of person we want as FBI Director, even if only for a day. Who knows what evidence will be misplaced or lost? Sickening. Please President Trump, pass on McCabe!

Let’s turn to some better news and that is the next permanent FBI Director. The name Trey Gowdy gets bandied around quite a bit and yes he would be a good one if he were not in the midst of active investigations already. My first on only choice is for that of Sheriff David A Clarke. 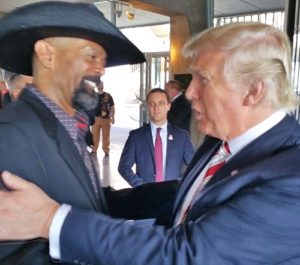 One key to know just how good Sherriff Clarke is may be ascertained by how the LameStream Fake News Media treats highly qualified candidates. You will hear the term ‘controversial’ for whenever the fake news globalist media hates law, order and justice. To the extreme far-left, any enforcement of law is controversial and far-right.

The Wisconsin Sherriff is an outstanding candidate and one worthy of our utmost consideration and that of President Trump. This is one tough cookie that will not cower to the far-left and be able to deflect the dirt and mud they can dig-up or invent to throw at Sherriff David Clarke. I was highly impressed with him for first time I heard him speak.

When fake news CNN; the Washington Compost and the New York Slimes are against you, it on the surface means you are of good character and solid work ethic. When snowflakes melt in his presence and criminals shudder, that’s the guy who should be our nation’s top investigative law enforcement officer.

Just one quote before leaving from Sheriff David A Clarke, “We’re a sovereign country, we will enforce our borders.” So much more to say about this great man and law enforcement officer. I’ll save that when he gets nominated for the job. Clarke is an outsider without baggage. That will be a great day for America for he is what we need to restore trust.

Article: Why Comey Was Fired: DOJ Rips Handling of Clinton Case in Ouster

Article: What the Clinton Email Scandal Is About