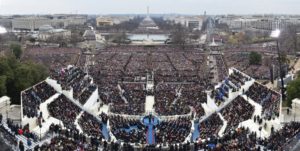 What did the election of Donald J Trump reveal to America and the world? The utter contempt for America by democrats and globalists that are fascist in demeanor; radical by orientation; and corrupt by nature. The very worst of humanity is on full display by the intolerant loving leftist who destroys everything they touch when advancing their agenda. Just ponder this for a moment; it was these violent, hostile hooligans who almost pulled off the crime of the millennium by electing like-minded brutes to occupy the White House. To say we dodged a bullet is an understatement.

What we see with the paid rioters in the streets of DC and pockets across America is a reflection of the methodology of force to achieve a desired outcome and that is wholly inconsistent with a civilized free republic. This is how the democrat left operates from top to bottom; this is how democrats’ govern. After all, did they not pay to have rioters create destruction, havoc and mayhem? This is extortion straight up and should we the civilized people of America ever capitulate to them to make this go away, it will be with us forever and we lose our country to violent mob rule. Let’s not negate our overwhelming vote to eradicate the violent aggression on our American way of life.

Let’s take a look at who is behind the curtain for none of these riots and protests are spontaneous events beginning with the women’s march on DC for women’s rights; Really? What rights are women protesting for? What rights are they being denied? None is the obvious answer. So who is organizing the protest march? ISLAM, that’s right Islam! Linda Sarsour is not letting this opportunity for jihadi slip through her fingers and is the principal co-organizer for the DC protest just as she was the organizer in New York City to mandate recognition of Islam holidays. Jihadi, which literally means struggle, is the strategic initiative of Islam conquest and jihadi is not all bullets and bombs but the multifaceted strategy to conquer infidel nations by the imposition of sharia upon their host nation. Linda Sarsour’s jihadi mission is to overwhelm the American way of life by whatever means necessary and is behind her recruiting other radical feminist groups. These radical feminist groups do not represent women but rather the ideological leftist and globalist initiatives to destroy traditional American values shared by the clear majority of American women.

For example, the feminist groups that joined with Sarsour’s Islam jihadi share one thing in common; they are all abortionist groups for they rejected pro-life women groups from joining them. Violence once again is the method to achieve their objectives for it does not get more violent than abortion and the destruction of life. If it were about elevating women achievement just how many of these groups celebrated Kellyanne Conway’s achievement of being the first female campaign manager to lead a winning campaign for President? The feminist movement was never about women; it uses women to advance their destructive ideological agenda.

The rioters in DC and other locations that seek to destroy property and people are being paid $2,500 in cash by George Soros and other taxpayer funded organizations to cause as much violence and mayhem as they can. Yes America, your tax dollars are being used to fund these radical leftist groups and organizations seeking to overthrow traditional American values by hiding behind fake causes. Feminist groups are really not about elevating women; environmental groups are really not about true environmental issues; health groups not about real health issues but merely use these fake issues to implement leftist and globalist agenda items. You see, they must first destroy that which stands before they can erect their ideological structure in its place.

And let’s not leave out the fake news corporate media’s role in this either. Equally violent is the vitriolic attack on the innocent 10 years old Barron Trump by the likes of Katie Rich, a writer for the NBC Saturday Night Live show in her vicious assault by tweeting on January 20, 2017 at 1:07pm, “Barron will be this country’s first homeschool shooter.”  This is so wholly unacceptable that Katie Rich should immediately be fired form the show and be prevented from continued employment in the writing industry. Let alone that Barron is not home schooled making a lie to the vitriol in attacking a 10 year old child of our President. Speaking of more fake news that is maliciously designed to lie and mislead, CNN, the cable company in fierce completion with MSNBC for the crown of fake news king uses false photos of the inauguration event to say those supporting Donald Trump on inauguration day ceremonies as dramatically less than those for Obama. They purposely used an aerial photo of the crowd at 9am as they were still flowing in three hours before the peak period. The truth is those supporting President Trump dwarfed that of Obama by an estimated 250,000 to 300,000 people but that is not the point. The strategy of the Lamestream media is to lay the foundation for the impending impeachment movement by the democrats as support for the notion in people’s mind that President Trump does not have the majority appeal in order to support the fake narrative that the election was rigged by the Russians and cheated Hillary Clinton.

The Fox News video is being used under §107 of the 1976 Copyright Act’s fair use provision.