The tradition of the Presidential Cabinet dates back to the beginnings of the Presidency itself. Established in Article II, Section 2, of the Constitution, the Cabinet’s role is to advise the President on any subject he may require relating to the duties of each member’s respective office. The Cabinet includes the Vice President and the heads of 15 executive departments. These are being delayed as an act of political sabotage to President Trump’s administration. 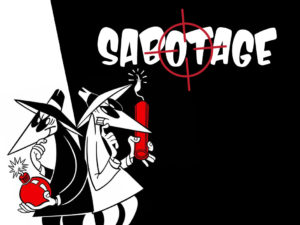 This act of sabotage involves the confirmation of Jeff Sessions as Attorney General. On Friday the 13th in January, 2017 Obama executed an Executive Order 13762 to have his lackey, Patricia Yates subvert the Department of Justice and undermine the Presidency and the rule of law. Obama has engaged in treason by so doing for this is not limited to the office of Attorney General.

His Executive Order entitled, “Providing an order of Succession Within The Department of Justice” guaranteed that the far left extremist Janet Yates would have time to sabotage the Justice Department because the globalist democrat Senate Minority Leader Chuck Schumer would hold up for political purposes the nomination of Jeff Sessions as Attorney General long enough to have Janet Yates do as much harm to undermine the Justice Department under President Trump. Her clemency statement on the release of 1,715 dangerous drug dealers and offenders for Obama to pardon is an affront to American citizens and the painstaking labor of law enforcement officers in protecting our streets against heinous drug relates crime and murders.

This however pales to her defiance to uphold the law and to defend America by not only refusing to defend immigration law but to order the Department of Justice to defy the President of the United States in enforcing the law. This was always the position of the Justice Department under Obama’s catch and release to allow criminal illegal aliens to bring much harm to this nation and its people. Fortunately for all concerned President Trump ended this nightmare by terminating her position as Acting Attorney General. I believe it will fall to Jeff Sessions when confirmed to investigate this and other criminal acts waged against the people of America are to be prosecuted. The Obama administration has an eight year history of lawlessness and abuse concerning the actions of the Justice Department.

In addition to Chuck Schumer’s obstruction of justice, he was aided and abetted by fellow extremist democrats and republicans John McCain, Lindsey Graham and others in this sabotage conspiracy. With republicans like this, who needs democrats? It is time all these disparate treasonous acts of Obama cease for his vile reaches in beyond his office. Is he staying local to gloat? Assign people to the task of looking after all his criminal Executive Orders, especially those written after the election defeat for rest assured none of them benefit America. The White House is ground zero for the restoration of America and do not presume the outgoing regime did any good or presume Congress though controlled by Republicans is really much better … they are not as long as they are being led by Paul Ryan in the House and Mitch McConnell in the Senate for both these men were villainous soldiers in the Obama regime to see that all his policies were implemented and funded beyond his request.

President Trump will indeed do the people’s business of running the government and his firing of plant Janet Yates as acting AG on Monday, January 30, 2017 was one of many steps to be taken. Firing all the federal attorneys and replace as many federal judges as possible with those loyal to America. Ignore LSM propaganda for they are globalist tools of the cabal and the central bankers. To date Mitch McConnell has been complicit by not exercising his leadership role in the Senate to expedite the confirmation that is well within his power. Do not believe for one second that the appointment of his wife as Secretary of Transportation gets anything. It’s the old Washington deception two-step and Ryan and McConnell are masters of that game. The charade leading up to re-election is on and between the two; there will not be much of the Trump agenda that gets implanted without the globalist devil hiding in the details. Operation stealth is on! Release the globalist extremist from holding hostage the confirmation process. Only four nominees were confirmed to date and this is well below those of Obama and Bush by contrast.  Do not believe the business of America will be done with Ryan and McConnell occupying the seats of House Speaker and Majority Leader respectively.