2018 Mid-Term Elections: Must Prepare Now if We Want to Drain the Congressional Swamp

The 2018 mid-term elections seem a long way off, but if we wait we’re going to be stuck in the same swamp! If we let this opportunity pass us by, we will Fail President Donald Trump in implementing his agenda. Only the politically astute know the secret to draining the swamp … you must get it done in the Primary Election, before the General Election.

Unfortunately most voters do not realize, or does not care about voting in the Primaries for often fewer than 20% of eligible voters participate or vote in the Primary Election. Heck, I wonder who even understands what a Primary Election is or just how important it is?

Upset about not really having any good choices to vote for in the General Election? That’s because you blow off or do not know about the Primary Election. primaries are for members of your party only. It’s really bad if you’re a democrat because the DNS rigs their primary election and admits they do because they say they have the right to select who they want not what the members of their party want.

Don’t believe me? Just look into the lawsuit Bernie Sanders supporters are filing against the DNC and Debbie Wasserman-Shultz. Look what they have now and unless you are a far-left socialist and communist I suggest you find a new party for the democrats have imploded and no longer a viable national party. They are nothing but extremists.

The republicans are not that much better though they at least feign honest elections and get embarrassed when caught trying to rig. They are not yet dominated by hardened criminals and pedophiles like the democrats are and yes, there is evidence for making such a statement like that.

The rules vary by state but all include that you must either be a member of your party or voted for that party in the last election. That depends whether your state is open elections: anyone can vote in a primary ‘if’; or closed: only party members can vote in a party election. The Primary Election is where the parties come together to vote for who they want to run on their ticket in the General Election this November 6, 2018.

We are used to a two-party system in America, democrats and republicans; but in reality we have three major parties with two hidden in the republican party. Oh yes there are more but none have managed to garner enough strength to be more than a ‘spoiler’ for the two major parties. 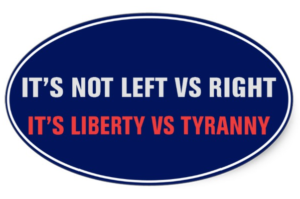 I don’t want to take a deep dive into the political party system in American politics but what it comes down to is who you are. The true choice is LIBERTY versus TYRANNY and that solution is not as simple as right versus left or republican versus democrat … it NEVER. That’s why such high frustration with average voters that results in nothing changing, but complaints, frustration and anger.

In fact, that is why we have Donald Trump as President and that is simply the best thing that has ever happened to America for we are in a unique position to drain the swamp but who IS the swamp is not so easy to identify. Why? Because the swamp lies like a rug … it’s what they were created to do.

I will be writing several articles on exposing the swamp. The entirety, meaning 100% of the democrat party running for elected office are swamp creature because the DNC decides who their candidate is going to be, not the members. With democrats it’s as easy as 1, 2, 3 because they admit who they are. Not so with the wily republicans. They lie, deceive and pretend to be something other than who they are.

I said earlier that there are two factions in the republican party and without getting bogged down in details it comes down to establishment versus non-establishment; globalism versus national sovereignty and Liberty versus Tyranny.

GOPe is establishment and the entire democrat party is establishment. The establishment runs both political parties at the top, the deep state, shadow government and most the ancillary components. The GOPe represents around ⅔ of elected republicans.

Establishment = Tyranny: big government, big budgets, big deficits, globalism, open borders, unrestricted entry to this nation with no distinction between legal and illegal immigration, indoctrination replacing education, loss of individual rights including free speech and gun rights, unrestricted spying on citizens and non-citizens alike, rigged elections, weaponizing and suppressing the US government against its people with the IRS, EPA, DEA, FBI, CIA, DOE, and the Military Industrial Complex to highlight but a few.

Non-Establishment = Liberty: smaller government, manageable budgets, low deficits, national sovereignty, controlled immigration, Constitutional government, power to the states, individual right and sovereignty, preservation of the Bill of Rights: free speech, gun ownership and privacy, reeling-in the lawlessness of the federal bureaucracy run amuck under Obama, Clinton and Bush regimes, reeling in the rigging of elections that are far worse than any will admit.

Not all Non-Establishment candidates necessarily embrace all the items in the partial platform mentioned above but must embrace most of what’s there if we the people demand take back the powers given us via God and codified in the Constitution and Bill of Rights. Democrats simply no longer allow non-establishment to run for office.

Good question not so easily answered. I can answer who they are not in both the US House of Representatives and Senate and have prepared a 2018 Senate Scorecard and one for my state, the Great State of Texas. The Senate is more manageable in that 33 Senators are up for election in 2018. The House will be electing 435 Representatives in 2018. My analysis of the Senate Swamp concludes that 32 need to be defeated and non-establishment candidates need to be found to challenge them.

2018 US House of Representatives Scorecard: Texas

The work is only partially done fellow patriots and here is our calling. We need help in all the remaining states to send to Congress only those who we believe will not be consumed by the swamp and is not a swamp creature themselves. We can clearly see the swamp is being defeated by President Donald Trump but he is up to his eyeball with swamp creatures out to get him and he can’t do it alone. 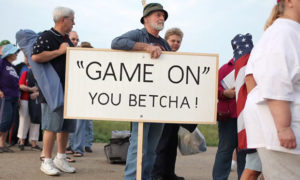 President Trump got elected because America was fed up with the DC establishment. The DC is establishment only because each state sent establishment swamp creatures to represent us. Here’s what we need to do. Have people create a voting scorecard for every congressman like I did above and find suitable non-establishment candidates for each district to run against democrats and RINO GOPe.

NewsHawk Network will list all the state scorecard and challengers on its website so you can distribute the links to all your social networks. We have the power that used to only belong to the corporate fake news media. We can do this and turn this nation around with this next election.

Put pressure to replace Paul Ryan as Speaker of the House NOW and Mitch McConnell as Senate Majority Leader NOW. With the election of Donald Trump as President of the United States of America we pulled off the impossible. Now let’s follow-up in 2018 by sending allies to Congress and help President Trump’s agenda get passed by sending the swamp creatures packing. The fate of America depends upon this next election. It’s unfair if we keep President Trump pinned against the wall.

WE CAN DO THIS! Who’s IN? Send us your results. All you need is internet and free ‘open source’ office software to make this happen. We will help you to reach out to those in your state that can help you find candidates to challenge the establishment swamp creatures. We’ve got to get this done.

Just Do It! Share this article on all your social media platforms to complete the VICTORY we started in 2016. We are Oh so close to Complete Victory and Defeat of the Globalist Scourge … The WAR IS ON!!! … WE OUTNUMBER THEM. 2018 is the closer and its up to us.

Article: MA Swamp Rivals the DC Swamp For Most Depraved

Andrew McCabe as FBI Acting Director is Like A Drug Addict Running A Pharmacy
How We Got to Trump; It Began in 2008 … Sort of
Conspirators and Coup d’état Collapsing; Rosenstein Threatens Nunez, HPSCI