The exponential increase in insanity by the tyrannical left may accelerate even further as President Trump defies their accusations of mental incapacity. The globalist deep state tyrants, democrats and GOPe are now seeking via coup d’état an Article XXV removal of President Donald J Trump using a feigned mental incapacity to justify his inability to discharge the duties of his office.

Such an overthrow of the government by these tyrants, including the propaganda media, must be tried for treason exerting the maximum penalty of death. A harsh justice may be the only means by which America and President Donald Trump survive. The left’s use of government as their criminal enterprise must end.

I never welcome a natural disaster that may take lives but in the case of Hurricane Harvey that is expected to slam into the southern coast of Texas, that may the ‘stress test’ needed to put down this Article XXV coup. Due to the psychosis of the propaganda fake news media led by CNN, The New York Times, Washington Post and network television they are sure to scheme against President Donald Trump more so than they did when blaming George Bush for Hurricane Katrina. 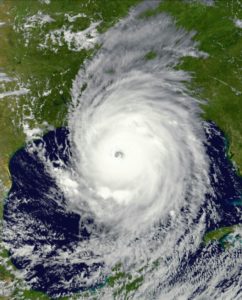 President Bush made a televised statement putting FEMA on the ready in advance of the storm with a $15 Billion dollar commitment; and still the tyrannical propaganda media and leftists in government blamed him for all the carnage and for being unprepared. Expect the same for President Donald Trump for this criminal media and government is incapable of functioning in reality.

President Donald Trump is ‘Teflon Don’ when it comes to all the political, legislative and judicial coup d’état attacks on him but how will he fare against 130 mph winds and 25 inches of rain from Hurricane Harvey as it slams into the Texas coast? Sabotage by the deep state operatives will try to have FEMA stand-down and sabotage efforts to discredit our 45th President of the United States.

President Trump needs to send his most trusted advisors on the scene … but wait, too bad HR McMaster and John Kelly fired them and personnel refuses to hire pro-Trump aides. President Trump can only rely upon President Trump for many in his Cabinet and Advisors are venomous snakes seeking to infect their poison into his body. That is why the tyrannical left believes they can pull this off.

Is Harvey the opportunity they’ve been waiting for? President Trump must order his best people to Southern Texas now if he is to have any hope of surviving the onslaught by the tyrannical left for incompetence. What they did to Bush will be tame by comparison. At least he has a friendly Governor in Abbott but the local Houston government is extreme left and may be a problem.

The forecast from the National Hurricane Center released Thursday morning expects Harvey to reach Cat 3 strength within 36 hours before reaching the middle Texas coast. Let’s pray that the Trump team will stave off all sabotage attempts from his enemies, FEMA and other relief efforts to discredit President Trump.

Breitbart news reports that President Trump was briefed about the threat from Hurricane Harvey though President Trump did not address the country. I smell a set-up for failure! President Trump is surrounded by venomous snakes masquerading as ‘aides’ who want to see him fail. I pray this is not the fodder the coup d’état is hoping for to depose the President. He needs to addresses the nation Friday morning.

President Trump loves to take his message directly to the people so I am highly skeptical of the accuracy of the briefing he received. The good news is Texas Governor Abbott did speak with President Trump so he must coordinate with Texas to mitigate the potential sabotage by the tyrannical coup d’état left. Get ready for I’m not sure which is going to be more lethal; a Cat 3 Harvey or a Cat 4 Coup.

Video: ROGER STONE PREDICTS ATTACKS ON TRUMP, FROM RUSSIA TO RACE TO ALZHEIMER’S