America to Deranged Democrats: Gloves Are Off; Tread Softly 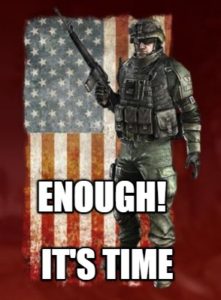 The Washington Free Beacon is reporting that 30 Republican members of Congress have been attacked or the victim of a death threats since May of this year. This is unacceptable dear democrats. It’s time to remove antifa, BAMN, BLM and other unhinged far-left democrat sponsored groups off the streets.

You leftist, globalist democrats are under notice that America has reached its saturation point with the violence, threats, assassinations and attempts and the civility will return to our streets and colleges. The police seem to be tolerant of such idiocy, we are not.

The political bloodbath at the election booths is nothing when compared to what will come your way should you continue to disrupt our civil society and discourse. You’re done! Bring your minions home before they get hurt. Your harassment, riots, threats and attacks have failed for they have awoke and empowered an entire nation to rise up and crush you. 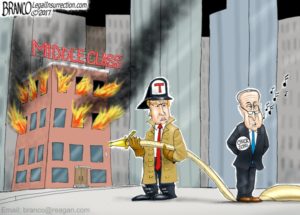 This same message goes for the imploded shell-shocked democrat party. If you continue to embark upon a course of obstruction and anti-American sentiment it will be out turn to protest your every move in DC and your home districts. The democrats will be decimated come the 2018 mid-term elections so if you hope to have any semblance of a political party we suggest you start doing what is right for America now!

Confirm the remaining President Trump appointments including Christopher Wray as director of the FBI. Become a Congressman and do the work of Congress for the American people. Your ideology of globalism has failed and will not be implemented in America. Stop the tantrums and get to work.

To the Deep State holdovers you are not the people America has chosen to decide the direction of this nation. If you don’t like the will of the American people then find yourself a place that is more to your liking. You are loyal to the cabal? Then ask the cabal to move you where you can work for them for it will not be in the United States government. You will be fired!

Civil Service and unions you claim? We will break your unions and break you. Your rewriting the Continuity of Government as the mechanism to overthrow the entirety of 2016 election shall also fail. The Russians ‘hack’ of the elections that changed the outcome is an invention without merit. So say all the 17 Intelligence Communities. There are patriots in your midst so how do you like the leaks now? 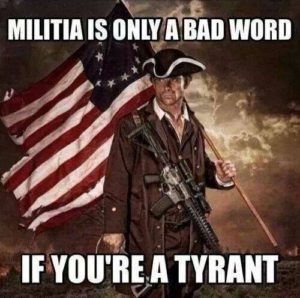 The COG scheme to depose President Trump and every person elected in 2016 has already failed. You will not roll back every Trump administration accomplishment including the Neil Gorsuch appointment to SCOTUS. Your Coup d’état has failed and all of you shall be charged with treason with its ultimate penalty.

The judicial coup d’état will fail also. Every activist judge who sought to integrate globalism and circumvent United States sovereignty and/or subvert American and Constitutional rule of law by disregarding the law in legal decisions shall too be facing consequences. Removal from the bench via impeachment, disbarment and charges of treason lie in wait. The judiciaries’ role in the erosion of the American culture and values via legalization of abortion, destruction of marriage, advancement of like homosexuality, transgenderism and other perverse and deviant behaviors.

The fallacy of Russia hacking the DNC and the 2016 election was a hastily hatched scheme to block prying eyes from exposing democrat criminal enterprises and their globalism end-game strategy that Hillary Clinton was charged to implement. Having Donald Trump sitting in the Oval Office was and is a huge exposure.

A plot to see Donald Trump never held the office of POTUS was feverishly unhatched after the election to prevent his inauguration. The democrats stole five states, had useless recounts, tried to intimidate and bribe the Electoral College and denied the massive voter and election fraud that accounted for over 10 million votes flowing to Hillary Clinton.

When that failed they used their illegal spying, unmasking, leaking and fabricating information to discredit Trump and pick off key players in his administration from holding office. The first major casualty was General Michael Flynn for he became a prime target for he was a real and present danger to the globalists.

Flynn is a highly competent ‘nationalist’ who rejects globalism and embraces US sovereignty. Therefore he could never be allowed to hold the office of National Security Adviser. That position is too critical and the military industrial complex that is fully immersed in globalism would not permit it.

General HR McMaster was their pick since shortly after the election. The Obama regime was illegal spying on the leadership of the Trump campaign so they knew early on about Flynn with plenty of time to plot his demise. Turns out the investigation fully exonerated Flynn but the damage had already been done.

The Russian stratagem was two pronged with one being they hacked the DNC servers and the other the Trump ‘Illusion of Collusion’ scheme. The Russians never hacked the DNC but it was Seth Rich, a DNC IT Director who leaked information to WikiLeaks.

The Russian collusion myth imploded at the James Comey hearing and confirmed by all 17 IC agencies that admitted there is no evidence of there being any collusion between the Trump administration and the Russians and that any Russian attempts to hack voter databases had zero impact on the outcome.

The Russia subterfuge had to proceed for it was paramount this fiasco become a blockade of investigating the Seth Rich murder which blows the Russian hacking plot out of the water. The last decade was complete and total lawlessness by the Obama regime, the DNC, the Clinton’s and the criminal abuse of their Foundation. The Russia preoccupation prevents investigations into the real crimes committed.

For example, real evidence surfaced during the hearings of obstruction of justice by Obama AG Loretta Lynch and her meeting with Bill Clinton; warrantless spying and unmasking of American citizens by Susan Rice, former Obama National Security Adviser; and leaking by Comey and others in the IC. Where are the investigations? At least the Senate announced today they will begin a probe into Loretta Lynch.

All this nonsense and millions of dollars spent on chasing ghosts for what? Globalism? Protecting the democrat criminal enterprises that include the DNC, Barack Hussein Obama and his regime, Bill and Hillary Clinton from criminal investigations? 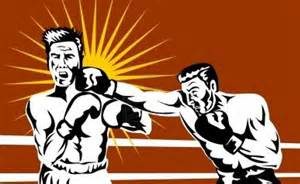 The democrats are wobbly after taking another huge loss with the special elections they were convinced they would win. This is the time to deliver the knock-out blow where they cannot answer the bell. President Trump needs the free America from this democrat bondage and hamster wheel investigations.

He must fire Assistant AG Rod Rosenstein immediately. Yes, the democrats threatened impeachment President Trump if he does this but these are desperate, hollow threats coming from a deranged imploding party. Just do it and do it now. Should his replacement fire Robert Mueller, well that the icing on the cake.

What, afraid that the lamestream fake news media may be upset and write negative stories? That’s what they’ve been relentlessly doing since November and nobody outside the beltway cares one iota. America is awake and tired of this nonsense.

Now is the time to go on offense. The democrats have been shut out every time they tried to score. We have scored every time we’ve had the ball. We must disable their game now because it’s escalated to armed violence and assassination attempts. End this Mr. President, end this now please. The very next thing to do is fire Rod Rosenstein and start prosecuting the democrat criminal enterprises. This is the right thing for America!

Article: 30 GOP Congressmen Have Been Attacked or Threatened Since May