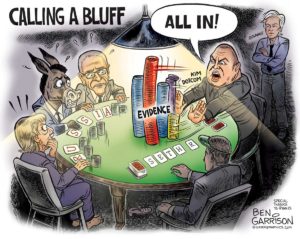 Kim Dotcom has stated on his website he will be releasing evidence through his attorneys that Seth Rich was murdered for leaking information from the DNC to WikiLeaks, not the Russians. The Russian narrative and the President Trump collusion is a false flag hatched in the White House by Barack Obama and his top advisors and provided to the Hillary Clinton campaign.

The corrupt DC establishment and DNC criminal enterprise knows that any investigations into the Seth Rich murder may expose their worst fears with evidence produced by Kim Dotcom. We know the night of the murder of Seth Rich he left Lou’s City Bar at 1:45am when it closed. He declined a ride home and stated he would go to another after hours bar nearby.

There is no confirmation of him going to another bar for no one interviewed recalls seeing him. Not unusual for he was not a regular there. That leaves us with a possible time gap of around 2½ hours. Some lamestream reports falsely state a 2-2½ walk from the two bars to his home but reliable sources say it is around a 30 minute walk.

The DC police were quick to establish the murder as a robbery gone wrong although nothing was stolen. Seth’s wallet, wristwatch, mobile phone and cash were not taken. He was on the phone with his girlfriend at the time he was shot so the phone should have been an easy grab.

He had bruises on his body so the DC police speculate a struggle before the shooting. There are tons of potential scenarios to fill the time gap and I will not offer any additional scenarios for Lord knows there are already too many so why add fuel to the fire?

The DC police were quick to conclude his death had nothing to do with his employment at the DNC but how do they know that? Just another rush to judgement it seems. If there is a motive, and it appears there may be, why rule them out unless they have the DC police in their pocket. 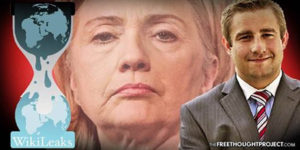 The DNC is downplaying as many relevant facts as they can and this includes referring to Seth as a ‘staffer’ which typically refers to a common employee or volunteer. All corporate lamestream media follow their lead and refer to him as a ‘staffer’ also.

Seth Rich is so much more than a staffer for he was the Director of Voter Expansion Data which provided him with the electronic keys to the entire DNC organization. Seeing this kind of stuff just oozes cover-up.

Some alt-media reports are reporting the two gunshot wounds to Seth’s back were not fatal wounds. They base this upon a statement allegedly made by an ‘unnamed’ ER physician who treated him. This report remains unconfirmed and I very skeptical of its accuracy and reliability.

There was most likely only one surgeon on staff at 4am so obtaining their name should be a simple matter of record. He was shot at 4:19am and pronounced dead shortly before 6am.

The corporate fake news media quickly began spinning and fabricating events in their stories and accusing the new media, Julian Assange of WikiLeaks and Sean Hannity of Fox News as liars and conspiracy theorists. Seth’s brother Aaron established a Go Fund Me page a few months ago for the family to raise $200,000 to hire investigative, forensic and analytical services.

There is little to no progress coming from the DC police and the family as of this writing has raised less than $28,000, only 14% of their goal. If you have in your heart to help, go to the link above or in the references below to donate money for the investigation.

The family has hired an ex-police detective as an investigator that is being paid for by a third party. That prompted a call from Donna Brazille, the disgraced ex-Chair of the DNC to harass them and inquire why they hired a private investigator to ‘snoop around’ the closed case. If this does not raise a red flag with you, nothing will.

The weaknesses and false information being widely spun by the media is raising more questions than it tries to resolve. Seth was scheduled to testify on the DNC WikiLeaks scandal though you’d be hard pressed to find that information reported anywhere by the lamestream media. The louder they cry ‘conspiracy theory’ and more we see ‘cover-up’ as the propaganda arm for the DNC.

Seth Rich was a Bernie Sanders supporter despite the fake news media’s contrary reports that claim he was offered a job in New York with Hillary Clinton. I have no doubt that Seth leaked the 30,000 emails and attachments to WikiLeaks. Reports are he was upset about the collusion between the DNC and the Clinton Campaign to undermine and steal the primary election from Sanders. The fix was in and Seth Rich was none too happy about it.

Neither are the democrats that supported Sanders by donating to the DNC and the Sanders campaign. There are several lawsuits for fraud not being reported by the lamestream media. Seems the base is in rebellion and the DNC is not even denying that colluded with Clinton to steal the nomination from Sanders. Their position is they have the right to do so and are not bound by their charter and by-laws.

Kim Dotcom is claiming he has the evidence to prove Seth Rich is the DNC leaker and is willing to testify that Rich contacted and worked with Kim to distribute the data he obtained from the DNC servers. Here is the statement of Kim Dotcom as it appears on his website:

I KNOW THAT SETH RICH WAS INVOLVED IN THE DNC LEAK. I know this because in late 2014 a person contacted me about helping me to start a branch of the Internet Party in the United States. He called himself Panda. I now know that Panda was Seth Rich.

Panda advised me that he was working on voter analytics tools and other technologies that the Internet Party may find helpful. I communicated with Panda on a number of topics including corruption and the influence of corporate money in politics. “He wanted to change that from the inside.”

I was referring to what I knew when I did an interview with Bloomberg in New Zealand in May 2015. In that interview I hinted that Julian Assange and WikiLeaks would release information about Hillary Clinton in the upcoming election.

The Rich family has reached out to me to ask that I be sensitive to their loss in my public comments. That request is entirely reasonable.

I have consulted with my lawyers. I accept that my full statement should be provided to the authorities and I am prepared to do that so that there can be a full investigation. My lawyers will speak with the authorities regarding the proper process.

We expect to receive the Kim Dotcom information sometime on Wednesday or Thursday the 24th or 25th of May and will report on this information when made available. Kim is a reliable and highly credible witness for he is putting himself at risk to testify and present evidence on behalf of Seth Rich.

US authorities have an outstanding warrant on Kim Dotcom for hacking related activity. I think it unlikely that Kim would be going through so many hoops unless he had sound evidence to bring light into solving the Seth Rich murder. It certainly appears the DNC has motive and opportunity for murdering Seth Rich.

Article: Hannity: ‘Out of Respect for the Family’s Wishes’ I’m No Longer Discussing the Seth Rich Matter

Article: Kim Dotcom Goes All In: ‘I Knew Seth Rich… I Was Involved’