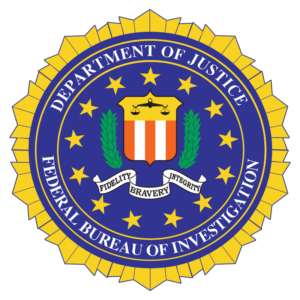 To not have Sheriff David A Clarke on Donald Trump’s short list for FBI Director is a major travesty. It reduces the promise to ‘Drain the Swamp’ to little more than a sound bite without teeth.

The number one candidate on President Trump’s short list, Trey Gowdy, just withdrew himself from consideration. Now they’re talking up RINO GOPe John Cornyn, R-TX and being a Texas resident this would be nothing short of an unmitigated, monumental disaster.

Corbyn is as much a RINO traitor to America as John McCain. Does anyone think McCain would be a good FBI Director? Ditto for Corbyn. I’ll speak more on Cornyn elsewhere is he is really under serious consideration.

Let’s talk about the impeccable qualities of Sheriff David A Clarke. He was appointed as the 64th Sheriff of Milwaukee County, Wisconsin in 2002 by Governor Scott McCallum to fill a vacancy. He was elected Sheriff later that year and won every election since.

It may come as a surprise to some that Sheriff Clarke is a registered democrat yet his thinking is deeply conservative. The democrats made a very deliberate effort to purge all conservatives from their ranks during  2010-2012 for all their members must walk in lockstep to their far-left globalist and totalitarian views.

Having Sheriff Clarke speak at the 2016 Republican National Convention surely is a stick in their craw. He has stated on his website the following, “I have never asked a person to vote for me because I run as a Democrat. I ask them to vote for me based on my 35-year commitment to keeping citizens safe. Most voters get it when it comes to public safety. There is no Democrat or Republican way to be a sheriff. The enemy is not the opposing party; the enemy is the criminal.”

David Clarke began his career in law enforcement in 1978 with Milwaukee PD. His career path in many ways typifies his character, deliberate and steady. He was promoted to Homicide Detective in 1989; Lieutenant of detectives in 1993 and captain in 1999.

Sheriff Clarke has no fear in in fighting ‘city hall’ as the expression goes though his political battles as sheriff were at the county executive level and for adequate funding for the department to function at optimal efficiency. The democrat party has itself evolved into a criminal enterprise so when a law and order sheriff rides into town, literally, sparks are bound to fly.

There were several lawsuits between he and the county for conservatism, justice, law and order does not sit well with today’s democrat leadership. The citizens however have a different take for safety and justice for criminals. When it comes to where you live most people want to feel safe at home, work and in the community for it makes everyone sleep better at night, unless of course you’re in democrat leadership. 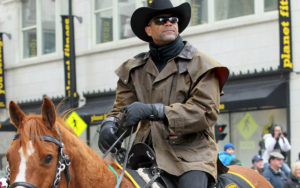 When the democrat leadership in Wisconsin began to ‘shake his tree’ a bit Sheriff Clark shook right back. When they began to play their ‘political games’ which were impeding Sheriff Clarke’s ability to protect the citizens of his county, he proclaimed to them in 2013, “citizens could no longer rely on the police for timely protection and should arm themselves.”

The direction democrats are moving is alarming to most American and Sheriff David Clarke is not silent in challenging the democrat leadership in Wisconsin, his county and nationally especially when it wreaks havoc in his county. The honesty and integrity of Sheriff Clarke in fighting for justice, safety and common sense is enough to get him labeled as a right-wing extremist by the far-left democrats and their cronies.

Sheriff David Clarke pulls no punches and properly identifies the violent and racist Black Lives Matter as a domestic hate group.  He calls their brand of hatred and falsely attacking law enforcement as racist and calls them out on their false claims that most officer involved shooting of black come from white officers.

Sherriff Clarke is absolutely correct in defying the false narrative advanced by the democrats and the corporate fake news media. The facts prove the opposite is true. Democrats advocate taking violence to the streets, supporting extreme left groups like BLM, ANTIFA and BAMN to riot and bring extreme violence because democrats lost an election.

Who but the mentally ill and dysfunctional dregs of society can support such madness? Democrats and specifically Barack Hussein Obama and Hillary Clinton created ISIS and have financially and with arms and heavy weaponry supported terror groups like ISIS and Al-Qaeda. 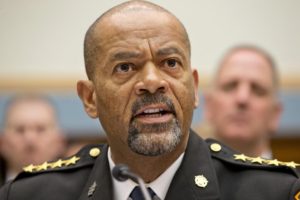 Sheriff Clarke has justifiably criticized AG Eric Holder and Obama for fueling the flames of racism and hatred. When Sheriff Clarke testified before the Senate Judiciary Committee he properly stated that Holder demonstrates “outright hostility” toward police. He is absolutely correct.

When democrats throw their hissy-fit for the nomination of Sheriff David Clarke for the position of FBI Director, they will surely site the death of Terrill Thomas while in custody at the Milwaukee County Jail. It is alleged according to the testimony of prisoners that water was withheld from Terrill for six days. The Milwaukee medical examiner ruled Thomas’s death a homicide via dehydration.

I find it astounding that democrats who embrace a culture of death with abortions; the infanticide procedure of a partial birth abortion; embracing Islam terrorist that murder and maim millions should be feigning such outrage in an isolated case. But that is the state of far-left democrats.

The FBI is but one of the many federal agencies ‘politicized’ and ‘weaponized’ under the Obama regime. Covering up crimes, delaying and sabotaging investigations into high ranking democrats like Hillary Clinton and Barack Hussein Obama while going after President Trump with allegations without proof or any shred of evidence is the things of Hiller, Stalin and Mao.

Look how long the Russian ‘Illusion of Collusion’ mantra is lasting even after all testimony under oath denies any evidence or the justification for any investigation. That still does not impede far-left democrats from demanding a special counsel to look into the ‘illusion of collusion.” Just how much of this democrat madness can a nation take?

The FBI is implicit are as many other agencies for when this ‘ghost’ vanishes, which it already has, the democrats and media treat this as the crime of the century. The purpose is to deflect and suppress investigations into real criminal activities like pedophilia, sex-trafficking, kidnapping, illegal spying of political adversaries, illegally spying and unmasking private citizens, theft of public funds, bribery, extortion and yes even political murders.

The whole idea behind the false flag of this Russian illusion of collusion is to pervert justice by protecting those involved in these criminal enterprises. James Comey was complicit in the cover-up and possibly the criminal acts themselves. Repairing the public trust and restoring confidence to a lawless government will be a mega challenge.

This is precisely why we need David Clarke as our next FBI Director. He is fearless, honest, non-partisan, a Washington DC outsider. The last thing we need to have a deep state operative or establishment hack like John Cornyn leading the FBI deeper into scandals. The kind of man we need leading the FBI back to its non-political position of public trust lost under the Obama regime is Sheriff David Clarke. America deserves no less.

Article: The Replacements: Who Will Be The Next FBI director?