SPIRIT OF AMERICA RALLY COMING TO DFW ON MARCH 4TH

Citizens to Gather in Support of President Trump 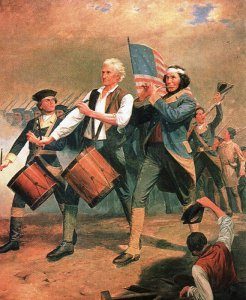 Dallas, TX – This past year marks one of the most historical events in U. S. election history. “It is only fitting we would celebrate the freedom to elect a President that would truly represent the voice of the American people. It is a magnificent time in U.S. history,” said Mark Shackelford, the Dallas Main Street Patriot rally organizer.

“Regardless of party, we are all true Americans, and together in coordination with other Americans nationally, we will rally behind our new President,” said Jim Pope, a spokesperson for the Spirit of America Rally in Dallas. Pope, who is the social media director of the rally stated, ”President Trump’s Contract With America is coming to fruition. In his first month as President, he has already begun to fulfill many of his campaign promises, which will secure our borders, increase American jobs, and strengthen our national defense. In coordination with many Main Street Patriots chapters across the country, this series of national rallies is an organic, national coordination of grassroots citizens who desire to stand as a positive, non-violent counter to the destructive protests seen throughout the country in recent weeks. This is truly the best way we can show we support our President.”

If you would like to be added to our email-list .