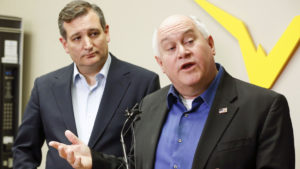 Ron Estes R-KS wins a hard fought congressional race to fill the vacated seat of Mike Pompeo in taking the position of CIA Director in January. This race was far more important than most realize. The democrats went all out and poured in $Millions to win and tried to keep it under the radar to save face if they lost. They accomplished neither.

The extreme left, aka the democrat party is so pathetic they’ve conditioned themselves to believe their own BS. The left leaning Kansas City Star article below gets the analysis wrong to prove my face-saving claim. Low turnout will always make a race more competitive when the challenger spends heavily on getting their base out to vote.

Democrats went all out to win this race for a victory here would have lent credence to the perpetual fake news media onslaught on Donald Trump since November 8, 2016. The democrat obstructionist stance, the astro-turf violent protests and riots, their spying on President Trump and his associates for the last few years along with the impeachment talk accomplished little to nothing for the democrats.

They did garner victory in filling the Trump foreign advisers team with extreme left, war mongering Neo-Cons who forced Trump to wave the Syrian false flag chemical attack by waging lobbing 59 missiles into a strategic airbase. The attack that was generally ineffective from a strategic military perspective. The globalists did win political points for the un- and misinformed masses still being fed a daily diet of fake news from the corporate LSM: LameStream Media.

The challenger James Thompson, a civil rights lawyer managed to garner 46% of the vote in a heavily financed election bid by the special interest groups and PAC ads. When money is funneled into these groups the party claims it spent little to no money in the campaign. It’s an old trick to fool the ill-informed that happens all the time. Democrats continue to lose while they continue to outspend their opponents.

Pompeo won his district seat with 60% of the vote and only a hard-core leftist can squeeze victory from a resounding 53-46 defeat at the hands of Ron Estes. Getting out the vote for a special election is always a big challenge and the democrats tried to seize the moment in a heavily republican district. The democrats made hay to steal this one away from the republicans but still lost quite convincingly. A 7% defeat is a trouncing by any standard. 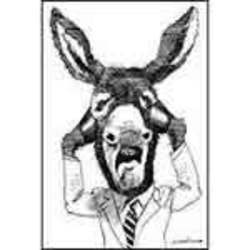 The truth is the democrat party is imploding and losing recognition as a viable national party. The in-fighting is hard and heavy for with every defeat the conclusion was the party was not left enough and failed to connect their message to the voters. Delusion is running rampant.

The classical liberal is being squeezed out of the democrat party and this is a strong indication of just how far out of touch with America they have become. There is no such thing as a grass-roots issues movement with the democrats for who rallies around big government totalitarian control, increased tax and spending?

The 4th District special election in Kansas encompasses the Wichita area but this race was essentially positioned as a national referendum against Donald Trump and his policies. The left seems to forget that the fake news media, the judicial coup to stop vetting and strip presidential powers away from Donald Trump is not reflective of grass roots America. The days of lawlessness ruling the roost is over for at least the next four years but you’ll never get that by speaking with democrats.

The Kansas 4th District race proves Americans generally are supportive of President Trump in the heartland. The beltway crowd cannot connect nor do they really want to connect with ordinary Americans who bust it daily to make ends meet. The issues important to America are the stuff of scoffing by the so-called elites. America once again speaks and it’s not good for democrats when they do. Another resounding defeat!