America Says, “Shame On You NFL”

If you are still the unfortunate few watching the lamestream propaganda media, you’d think the nation is opposed to President Trump and traditional American values. I can assure you we are not.

Yes, President Trump makes more than his fair share of faux pas and we are critical of him when he does. He also makes more than his fair share of brilliant moves and we praise him when he does. But generally he falls in the middle where we support and encourage him for standing up to the onslaught of fake news and propaganda by the tyrannical powers that be in and out of government.

Many of the institutions jumping on the tyrannical band-wagon have committed themselves financially and politically to the ‘inevitable’ globalist tyrants and have carved out what they believe is their niche in the new world order. However, you failed to take into account ‘We The People’ who find tyranny wherever it rears its ugly head as repulsive.

This is an American uprising and the globalist tyrannical forces find themselves on the outside looking in. Their despicable display of mindless lawlessness and temper tantrums against President Trump is in fact a siege upon us, the people of the United States of America. Every effort to date to undermine and reverse the will of the American people has failed and will continue to fail including my prediction of a Senatorial victory for Judge Roy Moore in Alabama.

You see, this is not about the National Anthem, the Flag of the United States of America, Confederate Statues, Feigned Racism and the fake concocted white supremacists’ false flag sabotage by the left. This is about Americans taking power away from the tyrants who seized control of this nation more than 100 years ago.

This is about the people of America restoring our Constitutional Republic, our culture, our way of life and our values. The tyrant democrats and RINO GOPe; the tyrannical Political Correction ideology that seized corporate America; the tyrannical violence and destruction against peaceful America through their minions like antifa, blm, bamn, black panthers, islam terrorism and now many black professional athletes of the NFL, MLB, NBA and we’ll see who else.

On game day when you are in the stadium or arena and show disrespect there will be repercussions. America will not tolerate such foul un-American antics to the nation that enabled you to be multimillionaires PLAYING a game. Apart from that you are free to protest anything, anyway you so choose. That is your right as an American even though you show contempt to the nation guaranteeing you that right.

When you disrespect America on the field or off while in the arena, America will have something to say loudly and clearly. Professional sports has for the most part joined with tyrannical forces that have set their face against America in joining the coup d’état. You have cooped and compromised the face of the American uprising in Donald Trump but this movement started long before Donald Trump and will continue long after Donald Trump.

President Trump himself has wavered from this movement of late as manifested in the anti-white, anti-free speech racist bill that democrats and RINO GOPe sent to him that he signing into law ‘PL 115-58’ on September 14, 2017. It further manifested in his endorsement of swamp creature Luther Strange over the true conservative Judge Roy Moore who supports the Make America Great Again and the America First agenda.

Indeed President Trump speaks of loyalty but he seems to confuse loyalty with pettiness for he has forsaken all of us who got hem elected for a brief moment of feigned support by the swamp he once vowed to drain. Washington DC corrupts and drains those coming into office rather than being drained by them. I hope the abandonment of the America agenda by President Trump is short-lived for without a miraculous turn-around he will be a one-term President.

The tyrants began with fraud to steal the election away from Donald Trump and when that failed they sought to corrupt the Electoral College to overthrow the results of the election. That failed so they invented the ‘Russian Delusion of Collusion’ to overthrow him from office. That too was reduced to nothing even though political cutthroat Robert Mueller remains as Special Assassin, oops I mean Counsel. 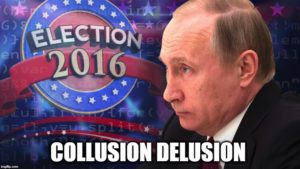 The Russian Delusion of Collusion failed and so shall assassin Mueller fail. So now they resort to the old reliable stand-by to take advantage of the ‘white guilt’ accusation of racism. The Charlottesville Hoax was another false flag for the tyrants planted their operatives to resurrect the dead KKK democrat organization and the movement to remove confederate statues in an attempt to fuel race riots in America. The storms that hit the Gulf Coast exposed the fallacy of racial division in America. The race bait cult failed to divide America. The tyrants have little remaining in their bag-of-tricks so they are desperate and frantic to further divide America but we shall have none of it.

All the symbols and institutions in America are under assault by this coup d’état to overthrow our system of governance. The deep state leaks and the shadow government instigate violence and racism to divide the American people and topple our government. This too will bomb.

The tyrannical sports franchises are long overdue for an overhaul. The corruption in America runs deep and this election cycle has successfully forced most of the tyrants to reveal themselves and their true evil purpose. They join Silicon Valley corporations in their role in the coup.

Everything they have thrown at the American people has been reduced to ash and rubble. President Trump needs to reassert himself as the champion of the values and agenda he ran on. It’s not what you say but what you do that defines who you are. President Trump must now return to doing and saying what is right for America.

After today’s special election for Senate in Alabama we will know whether this nation indeed continues to make the shift away from tyranny to liberty. If the RINO GOPe prevails in electing Luther Strange, tyranny shall continue and this may derail the liberty movement for we are fighting an uphill battle with 10% of the resources of the tyrants.

Should liberty prevail and Judge Roy Moore gets elected, the Great Purge of 2018 is a fait accompli if we can get a handle on the massive election and voter fraud before the 2018 mid-term elections. The momentum of the liberty movement will be hard if not impossible to defeat. The Republican Primary Elections will empower many liberty candidates who are sitting on the sidelines watching and evaluating their probability for victory to engage.

America and the world are watching this election. All this other stuff are distractions and non-issues. The liberty movement was sputtering due to President Trump being compromised by the deep state globalists and neo-cons. They are isolating President Trump and limiting his information by conservative and non-globalist sources.

Victory in Alabama will reverse this; at least I hope it will.