People of the world are rising up in rejection of globalism and the Islam invasion designed to eradicate national cultures. Though the lamestream worldwide media and the globalists in host nations are doing everything to suppress and deny the realities of Islam violence; truth like oil in water will always rise to the surface. 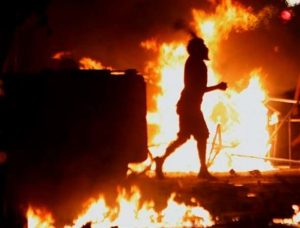 Poland has successfully tamed the Islam threat to their nation for the Poles were among the first to rise up in rejection of Islam and globalism. The German people are also making their stand against evil globalist Merkel and moving to rid themselves of her and globalism wreaking havoc in Germany. Regardless of the lies of the fake news German media, Angela Merkel is very likely to lose big this September. Calling her a center-right Christian candidate is like calling Hiller CDU/CSU for goodness sake … unless German Christianity is a cult.

Look what’s happening in Sweden and the delusion their nation remains the idyllic socialist women’s dream. Since allowing Islam to invade their nation in 2012, murder, rape and violent crimes have increased 50%. Is the world to believe this is coincidental? It matters not how many laws Sweden passes making it illegal for Swedes to speak the truth about Islamic terrorism and the globalist nightmare; such violence and mayhem cannot be suppressed or ignored.

Let’s focus on French elections that are but six short weeks away. The outcome here is quite profound and do not think that what is happening to President Trump is not related to the French elections for they are. Donald Trump set the agenda and Marine Le Pen is following suite in France. Both have become globalist targets. The globalists in America have the intensity to depose President Trump before the French election to send the signal that nationalism is rejected and his election is due to Russian interference and fraud. This is an assault campaign of disinformation by the globalist powers and the propaganda media to salvage their losses and stop the international bleeding. 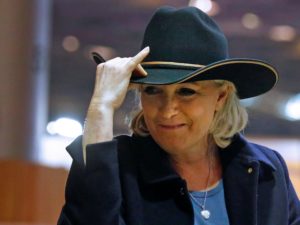 Marine Le Pen during her visit to Trump Tower

The rise and success of Donald Trump empowered the Brits to believe they can win and so they have with Brexit. The globalist powers are working to reverse Brexit and if they can depose President Trump they hope to reverse Brexit and nip Frexit in the bud before it gains more momentum. President Trump is not going down, Brexit is not going to reverse and Frexit will happen upon the election of Marine Le Pen for the French citizens will smell victory in the air and launch their liberty frenzy to snatch France away from a globalist coup d’état. Le Pen and Trump could be strong allies.

It’s an all-out assault to defeat and destroy Marine Le Pen. The EU is changing the laws to arrest her for speaking freely about the globalist devastation at the hands of Islam; and the media is producing fake polls and fake news to see she is defeated in the May runoff. Gee America, does any of this sounding familiar?

The globalist strategy is quite intense. This is their end-game and they need their players in place to make this happen. They lost America but refuse to accept defeat. Their plan is to collapse national economies and national currencies and have WW3 with Russia to provide all the cover they need. Should Le Pen emerge the victor there is no doubt they will proclaim Russia hacking elections in France.

What the globalists want to emerge is a defeated and at worst depleted Russia who is not an imminent threat; and an ash heap of national economies and currencies. What would then emerge from the ashes are a NWO and a new world currency, sort of. Currencies will be regional like the Euro and there will be no more than five worldwide all based on new valuation criteria yet to be disclosed. Therefore, it is imperative the globalists suffer no further defeats if they are to pull this off.

The French elections have a field of five with the purpose to dilute the vote and drive a wedge to prevent a Le Pen a runoff victory. This is reminiscent of what republicans did in their attempt to defeat Donald Trump in the republican primaries. It failed in America and I believe this strategy will fail in France for they are discounting the resolve of the people.

These globalist folks don’t know how to accept defeat and will employ scorched earth before they hand the reins over to those who will crush their schemes. Right now the election on April 23 must produce a 50% majority winner or have a runoff on May 7 between the top 2 vote getters. With five in the race a runoff is all but guaranteed for none appear likely to achieve a round one victory. 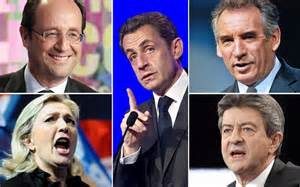 The top candidates based on the most recent round one polling by Kantar TNS are Marine Le Pen, National Front 27%; Emmanuel Macron, Onwards 25%; Francois Fillon, Republican 20%; Benoit Hamon, Socialist 14%; and Jean-Luc Melenchon, Left 10%.

The hope is those who vote against her in round one will vote for her opponent on May 7. That person will most likely be Macron or possibly Fillon absent of any cataclysmic event between now and then. The names of parties and their ideologies are nothing like those in America. The right (socialism) and left (communism) in Europe are both totalitarian and either may lean globalism depending upon candidate. Marine Le Pen is the nationalist and non-globalism candidate. So the referendum in France will come down to economics, Islam immigration and globalism.

It will probably not be the slam dunk, 80% thumping of Le Pen the fake news media BBC and CNN are predicting. We’ve heard this before have we not? As long as President Trump is not impeached, assassinated or neutered in advancing his agenda, the odds are very good that Marine Le Pen will have a strong victory come May barring election and voter fraud tipping the scales. People all over the globe are rising up, and if they believe they can achieve victory … they shall.

Video: Polling Results for Round One