On April 21, 2017, WikiLeaks publishes ‘Weeping Angel’ User Guide from the CIA Vault 7 cache. Weeping Angel is a spy tool implant designed for Samsung F Series Smart Televisions. Based on the ‘Extending’ tool from MI5/BTSS, the implant is designed to record audio from the built-in microphone and egress or store the data.

The classification marks of the User Guide document hint that is was originally written by the United Kingdom’s MI5/BTSS and later shared with the CIA. MI5 is the UK Security Force and comparable the US CIA with BTSS is British Security Services Both agencies collaborated on the further development of the malware and coordinated their work in Joint Development Workshops.

The technology spies called the TV malware Weeping Angels after the BBC television program ‘Doctor Who’ whose monsters pretend they are stone statues as cover before overwhelming their next victim. Quite an amusing bunch of spooks aren’t they?

Meanwhile in the United States the two years DOJ investigation into WikiLeaks founder Julian Assange was put on hold in 2012 under Obama’s AG Eric Holder. The Chelsea Manning leaks was not only published by WikiLeaks’ Julian Assange but other publishers as well. The Holder DOJ concluded it would be difficult to prosecute so they dropped the investigation.

It appears AG Jeff Sessions does not concur with Holder for he may be continuing that two years investigation and even expanding it by “stepping up our efforts on all leaks” as stated by Sessions on April 20th and that arresting Assange is a priority.

Julian Assange has been holed up in the Ecuadorian Embassy in London since 2012 when he was granted asylum. On the very day Weeping Angel was released, CIA Director Mike Pompeo spoke with contempt for the WikiLeaks organization calling them, “a non-state hostile intelligence service often abetted by state actors like Russia.”

I am disappointed in how Mike Pompeo is parsing words to further advance the false narrative of Russia hacking the election as the democrats and deep state Obama and Clinton operatives and appointees continue to undermine the credibility of the election. Pompeo chose his words carefully by stating, ‘actors like Russia.’

The million dollar question that should be posed is, “Which nations were not trying to hack the elections?” The answers to that question would put to rest this singling out Russia as the hacker. Many nations are routinely and perpetually hacking everything they can especially the United States.

What should be clear to everybody thanks to Julian Assange is the United States is a rogue abuser of the spy technology it developed for spying and is using that technology to spy on US citizens. The illegality of such spying does not seem to deter the IC for spying on citizens without warrants is as routine for the government as watching television and talking on the phone is to us. Where’s the investigation into that?

The same thing is true for spying on other nations elections and government operations. Does the US spy and hack the UK elections? Yes; Israel? Yes; France? Yes; Germany? Yes. Seeing the pattern yet? The list goes on and applies to all the developed nations. My guess is 40% of all spying is done without legal authority to do so.

To carry on this feigned indignation that it’s only Russia or China is globalism subterfuge to support and justify WW3 against Russia. I find it very disappointing to hear this rhetoric from Mike Pompeo; very disappointing indeed. As for Jeff sessions are you really spending the same amount of time and effort going after the deep state leakers and publishers like the New York Times and Washington Post as you appear to be doing with Julian Assange? I think we already know that answer. 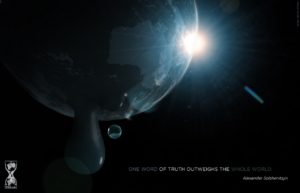 Where the power of secrecy rules intelligence there must by nature be counter-intelligence. For that reason I am thankful for Julian Assange and his 100% track record for publishing only accuracy and truth. Those two things are woefully missing from government, the intelligence community and the corporate fake news media … or are perhaps those the reason you’re all looking to Assange with such venom and vitriol? To the corrupt all must be corrupt.

Should investigations reveal that WikiLeaks is both a culprit and publisher of stolen intelligence then the thief is culpable. We also need to reevaluate Edward Snowden and those like him. When government becomes a lawless abuser of spying and tyrant that refuse to disclose that which it is bound to by law how else do we uncover truth? The stench of corruption has permeated every branch, function and operation of government. Such corruption is unconscionable to those whom they profess to serve.

If truth is being revealed that government is also involved in criminal mischief why do we only pursue the ones who expose the corruption rather than the corrupt? Is committing a crime the only way to expose government crime? Some of the deep state leaks are done to stigmatize, discredit and often criminally prosecute those who fall from grace by daring to govern in their best judgement as elected officials. How dare they says the deep state beholden to the will of the cabal? Step out of line and we will crush you seems to be how the game is played.

When corruption reigns so does blackmail. It seems only the corrupt are permitted to run for public office? The power structure used blackmail to control and manipulate those who govern to legislate in accordance to their will and not that of the governed. Unless there are recordings and evidence of evil deeds to keep these officials in line they will not be permitted to advance in government and this includes all three branches. It appears only those with something to hide become the preferred choice of the deep state and the cabal.

Look at the smear campaigns run by the corporate fake news media for those seeking office. They are desperate to ‘find dirt’ and when they don’t to create and invent dirt by bribing those to come forward with false allegations. The converse is also true with those in favor whose real dirt they seek to cover-up. Seems like free and fair US elections are a myth due to massive fraud and pedophilia, sexual deviancy, adultery, drug abuse and other such evils rule the roost.

Be prepared for the ugly when you begin to search and dig. It may reveal more than you want to see, hear or know. As the saying goes ‘ignorance is bliss’ so you’ll need to know in advance what you want. As for me I prefer truth over bliss.

Simply having an IG: Inspector General to counter balance corruption is not sufficient. There must be ‘secret’ access to the IG from every desktop in the intelligence community where it is impossible to detect contact. The leaks however indicate that may be impractical if not impossible. Therefore there must be another gateway for whistle-blowers to reveal truth and expose corruption.

The whistle-blower is looked upon with contempt at all levels in American culture both private and public. That speaks to the corruption of the human spirit for justice and truth is no longer a paramount concern. Until that spirit and culture changes I will settle for the WikiLeaks publishers and hackers of the world as the counter-Intelligence counterweight. Our laws must reflect that reality.

Article: Samsung TV Viewers Were ‘Recorded Via Their Sets By British And US Spies

Article: US Prepares to Seek Arrest of Julian Assange