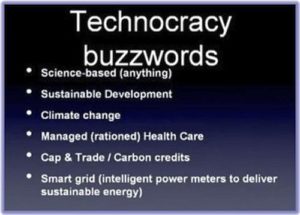 If you think tyrannical human governments with their evil war lords and lust for power and control via deep state bureaucrats are evil; better hold on for the advent of technotyrants and technocrats exponentially increase that evil tenfold.

This article is only for the wake and those who have been diligently following government, globalism and technological advances at least for the last decade or so. This is an evil that has been hiding in plain sight.

When President Donald Trump signed his Executive Order on December 21, 2017 and immediately men like Eric Schmidt of Alphabet, Inc. (Google, You Tube) and other corporate CEOs started resigning, alarms should have triggered in your head regarding an impending peril.

The ink on Trump’s EO did not even dry when Eric Schmidt resigned and took flight.  While some executives were looking to run away in retreat, others like Eric Schmidt and other Silicon Valley technocrats accelerated plans to rule the world via 5G technology.

Crazy you say? Then please watch this video by American Intelligence Media’s Thomas Payne. Make sure you’re sitting while you do. It’s a call to 21st Century arms.