It may be legal but the political fallout for a sitting President to order deep surveillance on a private citizen not involved in criminal activity or not a threat to national security is chilling. When ordered for political purposes only like Obama did, this will be the undoing of FISA, the Patriot Act and the CIA itself once the congressional investigation reveals this came directly from Obama through Lynch. Now that everyone knows the extent of the spying thanks to the WikiLeaks spy dump, once the congressional hearings conclude the drumbeat to dismantle the CIA and create a new intelligence operation to take its place or not will beat long and loud. 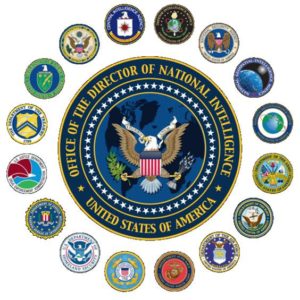 Sixteen intelligence agencies should be more than sufficient to secure the national security of the United States of America. I believe the congressional investigation into the spying on President Trump and his team will reveal that Obama ordered and AG Lynch executed the warrant to spy on Donald Trump and his entire team for political purposes only. The Russia connection was from the beginning a ruse and the formal investigations by FBI confirm there is no evidence of collusion and no evidence that Russia in any way impacted the outcome of the election.

There is evidence that the very server used to make contact with the Russians was a server planted by Clinton operatives to mimic a Trump organization email server. Dismantling the CIA is a good start to rid this nation of the illegal manipulation of executive and congressional leaders by the Deep State hornets’ nest. We will most likely find out that the agencies and the deep state routinely manipulate, bribe and blackmail executive and congressional leaders; business leaders; foreign government’s heads of state and strategic leaders; and the violation of the Constitutional rights of private citizens with impunity.

Shattering the CIA may on the surface appear to leave this nation vulnerable, but that is a misnomer. Other agencies can temporarily or permanently absorb the pieces until such time another agency is or is not formed. Those operatives in deep cover and other live operations will continue, with it being managed by other agencies. My only concern is any illegal clandestine ops may pull the plug and leave field operative high and dry to fend for themselves rather than face criminal charges. No American life should be jeopardized as a result of the dismantling.

Draining the swamp will always reveal swamp creatures we never thought existed. Every person in the CIA must be terminated and if a new agency is to be created must reapply and undergo extensive vetting. Those who handled raw signal intelligence must not be rehired. The time to clean house is now, for if this is allowed to persist the future of America remains in deep peril.

We must not believe this is in any way disconnected from what we call pizzagate, pedogate and the scourge of child sex trafficking. We must not deceive ourselves into thinking that those who engage in such activity and other sexual perversions are not being blackmailed by domestic and foreign spy agencies and some of these include friendly as well as hostile governments. With the technological cat out of the bag thanks to WikiLeaks perhaps we can gain some control over the extensive use of spying on ordinary citizens.

The CIA is besides itself and aggressively looking for the mole who allowed WikiLeaks to do their deed. If only such impassioned responses were prevalent over the domestic abuses by the deep state. For this very reason the eradication of the CIA is an absolute. We cannot retain the potential deep state operatives to remain in government in any capacity. Their time to depart has come.