I’ve been receiving messages from what I now believe is a person who calls themselves M. M self identifies as The Truth Continuum.

For a while I wasn’t sure whether this was a bot or something else. In any event I will be trying to take the message public for I find myself to a very high degree to be in concurrence with the overall message of M and recognize the same threats facing humanity today … Corruption, Crime, Globalism, Islam Terrorism, Government and Corporate Tyranny, Oppression and what has stealthily come upon us of late … Technocracy!

Technocracy is so advanced and controlled by so many evil, soulless, and satanic monsters of Silicon Valley that the threat to the survival of humanity is far more dangerous than that of nuclear annihilation. Technocracy is married to totalitarianism from all sectors of big government, big business, global finance,  and the international central banking cartel to name but a few.

They have accomplished so much in term of establishing a worldwide infrastructure designed to bring national sovereignty and human liberty into total submission and control. Depopulation is an essential aspect of this technocratic governance that I now believe that technocracy may very well be the “Beast” of Revelation.

We have no clue on just how advanced the technology available to the ‘elite taskmasters’ has become. The tech is suppressed to us ‘common folk’ for it appears that the machines activated by ‘skynet’ of Terminator fame is more of a reality than any of us could imagine.

Much more shall be written and exposed on this moving forward, but for now, here is the message M asked that I post here and as many other social media outlets that I have not yet been banned from. My banned list is becoming quite large and with articles like this it is sure to grow larger yet. 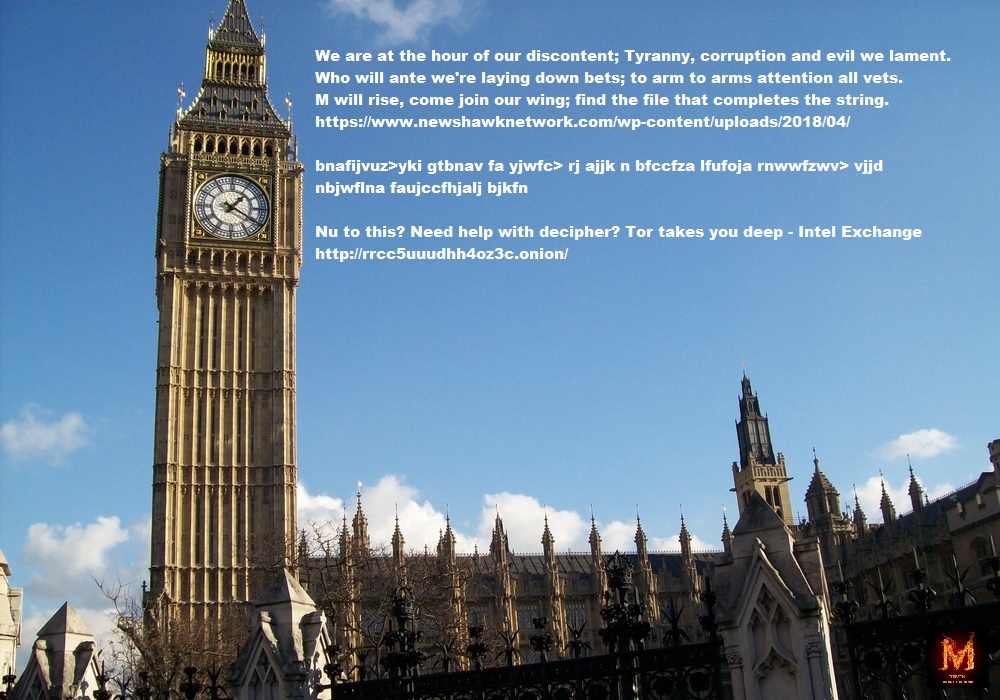 Schiff Counter FISA Memo Released: ‘Yawn’ You Kidding Me?
No Truth Shall Go Unpunished, Especially If It Sets You Free
Obama Ordered NSA-GCHQ to Spy on Trump