In what is surely one of the most astounding intelligence own goals in living memory, the CIA structured its classification regime such that for the most market valuable part of “Vault 7” — the CIA’s weaponized malware (implants + zero days), Listening Posts (LP), and Command and Control (C2) systems — the agency has little legal recourse.

The CIA Made These Systems Unclassified

Why the CIA chose to make its cyber-arsenal unclassified reveals how concepts developed for military use do not easily crossover to the ‘battlefield’ of cyber ‘war’. 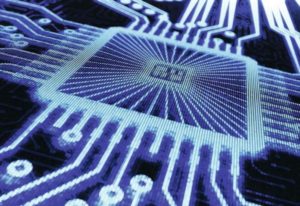 To attack its targets, the CIA usually requires that its implants communicate with their control programs over the internet. If CIA implants, Command & Control and Listening Post software were classified, then CIA officers could be prosecuted or dismissed for violating rules that prohibit placing classified information onto the Internet. Consequently the CIA has secretly made most of its cyber spying/war code unclassified. The U.S. government is not able to assert copyright either, due to restrictions in the U.S. Constitution. This means that cyber ‘arms’ manufactures and computer hackers can freely “pirate” these ‘weapons’ if they are obtained. The CIA has primarily had to rely on obfuscation to protect its malware secrets.

Conventional weapons such as missiles may be fired at the enemy (i.e into an unsecured area). Proximity to or impact with the target detonates the ordnance including its classified parts. Hence military personnel do not violate classification rules by firing ordnance with classified parts. Ordnance will likely explode. If it does not, that is not the operator’s intent.

Over the last decade U.S. hacking operations have been increasingly dressed up in military jargon to tap into Department of Defense funding streams. For instance, attempted “malware injections” (commercial jargon) or “implant drops” (NSA jargon) are being called “fires” as if a weapon was being fired. However the analogy is questionable.

Unlike bullets, bombs or missiles, most CIA malware is designed to live for days or years after it has reached its ‘target’. CIA malware does not “explode on impact” but rather permanently infests its target. In order to infect the target device, copies of the malware must be placed on the target devices, giving physical possession of the malware to the target. To exfiltrate data back to the CIA or to await further instructions the malware must communicate with CIA Command & Control (C2) systems placed on internet connected servers. But such servers are typically not approved to hold classified information, so CIA command and control systems are also made unclassified.

A successful ‘attack’ on a target’s computer system is more like a series of complex stock maneuvers in a hostile take-over bid or the careful planting of rumors in order to gain control over an organization’s leadership rather than the firing of a weapons system. If there is a military analogy to be made, the infestation of a target is perhaps akin to the execution of a whole series of military maneuvers against the target’s territory including observation, infiltration, occupation and exploitation.

“Tradecraft DO’s and DON’Ts” contains CIA rules on how its malware should be written to avoid fingerprints implicating the “CIA, US government, or its witting partner companies” in “forensic review”. Similar secret standards cover the use of encryption to hide CIA hacker and malware communication (pdf), describing targets & exfiltrated data (pdf) as well as executing payloads (pdf) and persisting (pdf) in the target’s machines over time.

CIA hackers developed successful attacks against most well-known anti-virus programs. These are documented in

For example, Comodo was defeated by CIA malware placing itself in the Window’s “Recycle Bin” while Comodo 6.x has a “Gaping Hole of DOOM“.

CIA hackers discussed what the NSA’s “Equation Group” hackers did wrong and how the CIA’s malware makers could avoid similar exposure.

The CIA’s Engineering Development Group (EDG) management system contains around 500 different projects (only some of which are documented by “Year Zero”) each with their own sub-projects, malware and hacker tools.

The majority of these projects relate to tools that are used for penetration, infestation (“implanting”), control, and exfiltration.

Another branch of development focuses on the development and operation of Listening Posts (LP) and Command and Control (C2) systems used to communicate with and control CIA implants; special projects are used to target specific hardware from routers to smart TVs.

Some example projects are described below, but see the table of contents for the full list of projects described by WikiLeaks’ “Year Zero”.

The CIA’s hand crafted hacking techniques pose a problem for the agency. Each technique it has created forms a “fingerprint” that can be used by forensic investigators to attribute multiple different attacks to the same entity.

This is analogous to finding the same distinctive knife wound on multiple separate murder victims. The unique wounding style creates suspicion that a single murderer is responsible. As soon one murder in the set is solved then the other murders also find likely attribution.

The CIA’s Remote Devices Branch’s UMBRAGE Group collects and maintains a substantial library of attack techniques ‘stolen’ from malware produced in other states including the Russian Federation.

With UMBRAGE and related projects the CIA cannot only increase its total number of attack types but also misdirect attribution by leaving behind the “fingerprints” of the groups that the attack techniques were stolen from.

Fine Dining comes with a standardized questionnaire i.e. menu that CIA case officers fill out. The questionnaire is used by the agency’s OSB: Operational Support Branch to transform the requests of case officers into technical requirements for hacking attacks (typically “exfiltrating” information from computer systems) for specific operations. The questionnaire allows the OSB to identify how to adapt existing tools for the operation, and communicate this to CIA malware configuration staff. The OSB functions as the interface between CIA operational staff and the relevant technical support staff.

Among the list of possible targets of the collection are ‘Asset’, ‘Liason Asset’, ‘System Administrator’, ‘Foreign Information Operations’, ‘Foreign Intelligence Agencies’ and ‘Foreign Government Entities’. Notably absent is any reference to extremists or transnational criminals. The ‘Case Officer’ is also asked to specify the environment of the target like the type of computer, operating system used, Internet connectivity and installed anti-virus utilities (PSPs) as well as a list of file types to be exfiltrated like Office documents, audio, video, images or custom file types. The ‘menu’ also asks for information if recurring access to the target is possible and how long unobserved access to the computer can be maintained. This information is used by the CIA’s ‘JQJIMPROVISE’ software (see below) to configure a set of CIA malware suited to the specific needs of an operation.

‘Improvise’ is a toolset for configuration, post-processing, payload setup and execution vector selection for survey/exfiltration tools supporting all major operating systems like Windows (Bartender), MacOS (JukeBox) and Linux (DanceFloor). Its configuration utilities like Margarita allows the NOC (Network Operation Center) to customize tools based on requirements from ‘Fine Dining’ questionnaires.

HIVE is a multi-platform CIA malware suite and its associated control software. The project provides customizable implants for Windows, Solaris, MikroTik (used in internet routers) and Linux platforms and a Listening Post (LP)/Command and Control (C2) infrastructure to communicate with these implants.

The implants are configured to communicate via HTTPS with the webserver of a cover domain; each operation utilizing these implants has a separate cover domain and the infrastructure can handle any number of cover domains.

Each cover domain resolves to an IP address that is located at a commercial VPS (Virtual Private Server) provider. The public-facing server forwards all incoming traffic via a VPN to a ‘Blot’ server that handles actual connection requests from clients. It is setup for optional SSL client authentication: if a client sends a valid client certificate (only implants can do that), the connection is forwarded to the ‘Honeycomb’ toolserver that communicates with the implant; if a valid certificate is missing (which is the case if someone tries to open the cover domain website by accident), the traffic is forwarded to a cover server that delivers an unsuspicious looking website.

The Honeycomb toolserver receives exfiltrated information from the implant; an operator can also task the implant to execute jobs on the target computer, so the toolserver acts as a C2 (command and control) server for the implant.

Similar functionality (though limited to Windows) is provided by the RickBobby project. See the classified HIVE User Guide and Developer Guide.

This article is part 3 of 4 concerning the WikiLeaks CIA spy dump documents. The actual documents may be found at the WikiLeaks Website and will not be disclosed here due to sheer volume.